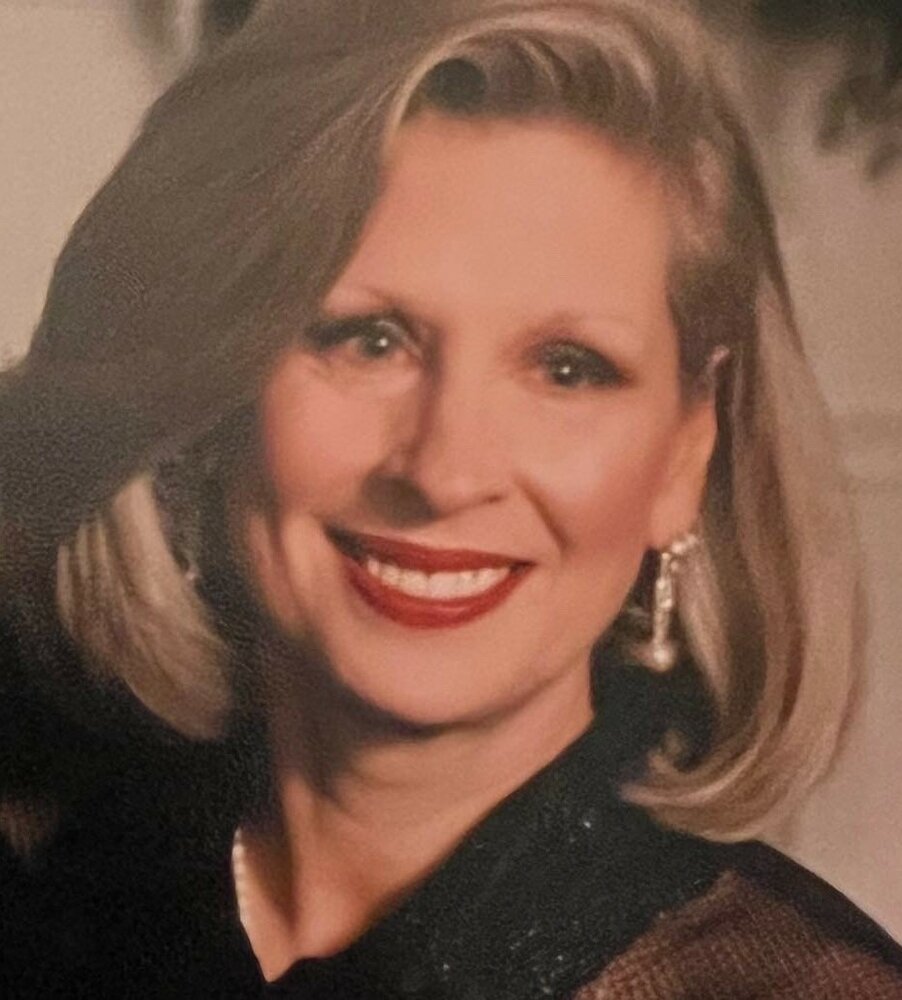 Please share a memory of Catherine to include in a keepsake book for family and friends.
View Tribute Book
It is with the deepest sadness that we announce the passing of Catherine Anne Robertson Camera, the matriarch of the Camera family, beloved wife, devoted mother, loving grandmother, dear sister, aunt and friend.
Catherine (Cathy) was born on November 9, 1943 in Staten Island, NY to Jack and Anne Robertson. Captain Jack Robertson was a Merchant Marine from New York and Anne Semo was a teacher from Latrobe, Pennsylvania. Jack and Anne were married in 1942 and raised Catherine and her younger sister Joanne in Bayside, New York. Cathy graduated from Bayside High School in 1961 and was named “Miss Flushing” that same year.
Catherine attended St. John’s University and graduated with a BBA from the School of Business in 1965. She was a proud sorority member of Gamma Chi and winner of the prestigious “Who’s Who in American Colleges & Universities” for her academic achievement, community service and exceptional leadership. Catherine continued her education at Adelphi University’s School of Business Masters Program.
In 1963, while studying at SJU, Catherine met the love of her life and future husband Dominic Camera. Cathy, a beautiful, smart, independent sorority sister and Dominic, a handsome, Italian baseball player, were set up on a “hazing” date…and the rest is history. They married in July 1966 and represent the true epitome of “College Sweethearts”. Over their 56 years married they have built a relationship based on loyalty, love and faith.
Dom and Catherine expanded their family with two adoring sons, Christian and Jonathan. As a mother, Cathy loved them unconditionally and was known as strong, intelligent and hard working. She exemplified what it meant to set goals and achieve them. Together, as a family of four, with Cathy’s determination and loving family values, we have been taught to believe in “family first, always.”
Cathy’s two daughter-in-laws, Dina and Robin, have been blessed to know, love and learn from her. She had a “larger than life” presence and adored her five grandchildren - Dominic, Grace, Francesca, Jack and Brayden.
Catherine was affectionately known as “Monie'' to her grandchildren. She will be forever missed and remembered as an extraordinary grandmother who spoiled them with her genuine love and affection. Among a million cherished memories that the grandchildren have of their Monie, she will best be remembered for her wonderful sense of humor, her love for mystery, her passion for politics, her fantastic Christmas celebrations, her kindness, her warm hugs and her giant laugh.
Unfortunately, what her grandchildren didn’t get to witness first hand, was Cathy’s amazing business career. After her graduation from St John’s, Cathy began her career as a Fashion Coordinator at Gertz Department Store. Always stunning and with such poise, Catherine modeled for A&S. She enjoyed a long and highly successful management career in Human Resources at both Uniforce and Tempforce and served as the Vice President of Training at Accustaff for over a decade.
In 1998 Catherine returned to her beloved Alma Mater and became the Director of Alumni Relations and Development at St. John’s University. Catherine successfully collected and mentored a talented staff and eventually became the Vice President of Development. After many successful development campaigns, Catherine’s proudest shining professional achievement was the fundraising and building of the magnificent St. Thomas Moore Chapel, the first stand alone chapel to exist on the Queens campus. So proud of this achievement, Dom and Cathy have inscribed on the chapel wall, “In loving memory of our beloved parents Capt. John & Anne Robertson and Dominic & Marie Camera.”
Catherine is the recipient of the prestigious St. John’s University President’s Medal and Cathy and Dom have also created the “St. John’s Legacy Scholarship”, providing multiple scholarships to deserving SJU students each year.
Upon leaving St. John’s, Catherine established her own business, “Philanthropy Plus” lending her development expertise to raising money for not-for-profits. Cathy also served as the President of the Alzheimer’s Foundation reporting directly to Leonard Lauder.
Cathy retired 10 years ago, to devote all of her time and attention to her family, especially her grandchildren. Affectionately known as, “Monie and Tata”, Cathy and Dom have supported the family and taught us to believe in ourselves, lead a life of integrity and provide for our families, while giving to others. Most importantly the legacy that Cathy leaves for us all is “to love and to be loved with all of your heart.”
Visiting Hours will be held from 2-4 pm and 7-9 pm on Sunday, January 8th at Fairchild Sons Funeral Chapel, 1570 Northern Blvd. Manhasset, NY 11030.
The Funeral Mass will be held at 10:15 am on Monday, January 9th at St. Mary’s Church, 1300 Northern Blvd. Manhasset, NY.
In lieu of flowers, donations may be made to St. Francis Hospital, Attention: Suzanne Stallone.

Share Your Memory of
Catherine
Upload Your Memory View All Memories
Be the first to upload a memory!
Share A Memory