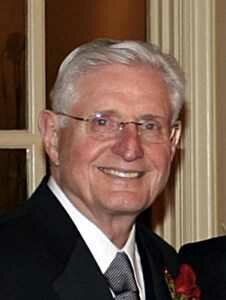 Please share a memory of Arthur to include in a keepsake book for family and friends.
View Tribute Book

Arthur was born on December 4, 1935, in New York City.  He earned a baccalaureate degree from The University of Vermont in 1957 and his dental degree from Georgetown University School of Dentistry in 1961. He started his oral surgery residency at Queen’s General Hospital in 1961 before serving as a Captain in the United States Air Force and was based in Japan from 1962 to 1964.  He later returned to New York to complete his oral surgery training.  He spent many years in his private practice in Glen Cove, NY before joining the Jacobi/Einstein staff as Director of Oral Surgery at Jacobi Medical Center for approximately 20 years from 1992 through 2011. He was recognized as an incredible surgeon, teacher, and mentor.

Arthur lived a long and wonderful life. He never took a day for granted and lived every day to the fullest.  He was married to Andrea for 54 years and with each passing year, they loved each other more.  They met in 1960 when he was a dental resident, tall, dark, and handsome and she was a beautiful red-headed nurse.  He loved to race cars, winning several races in his bright red Alfa Romeo, and on occasion, he even took Andrea for a spin.

Another passion he had was cooking, his specialties were pasta puttanesca and arroz con pollo.  He had a very expansive recipe book with recipes from his favorite chefs and some that Chef Arturo, as he liked to be called, created himself.  He would share those best recipes with all his friends.   He also enjoyed traveling immensely and he especially loved Aruba and Florida.  Anything to escape the cold New York winters!!

He was generous with his love and generous with his money, donating to several charities every month.  He spent time doing things that had meaning to him and others. He and Andrea traveled to several underserved countries over many years providing much-needed medical and dental care.

Art touched the lives of everyone he knew.  He was affectionately nicknamed “Doc” by many and was always up for hosting friends and family at his home for a delicious home-cooked meal.  He spent his long, beautiful life surrounded by people that loved him and he will be greatly missed.

In lieu of giving flowers, the family asks those who are able to make a donation in his honor to    St. Jude Childrens Hospital  or  Tunnel to Towers Foundation or a charity of your choice.

Share Your Memory of
Arthur
Upload Your Memory View All Memories
Be the first to upload a memory!
Share A Memory