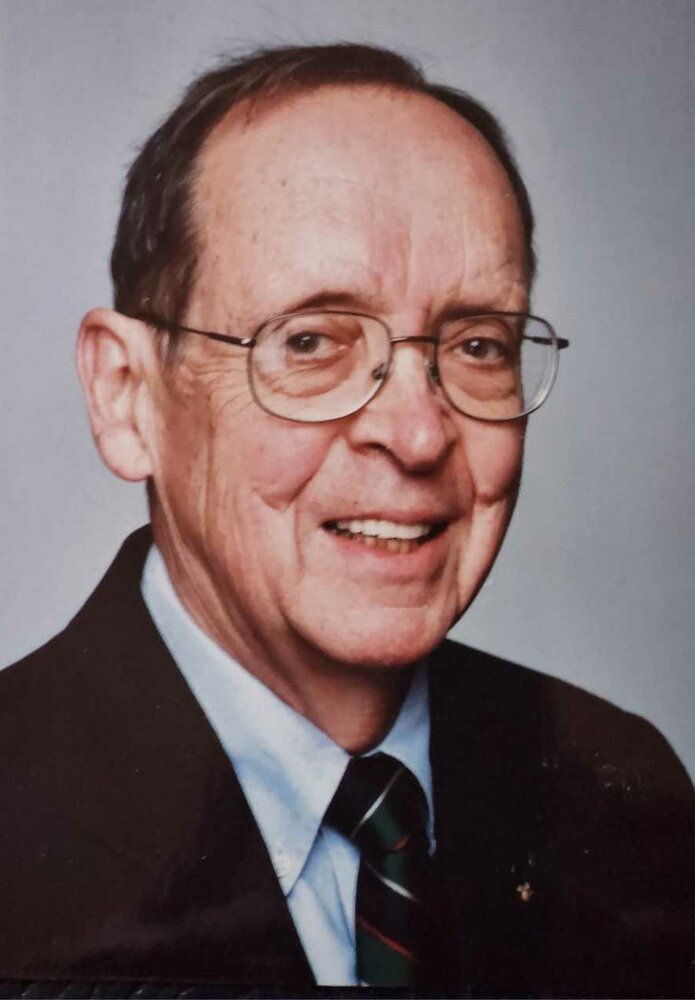 Please share a memory of Donal to include in a keepsake book for family and friends.
View Tribute Book

Donal Finbarr McCarthy, 89, passed away at his home on the 13th of December 2022 surrounded by family. He was born in New York, NY on August 1, 1933 to Sheila and Cornelius McCarthy, both from County Cork, Ireland. Donal is survived by his beloved wife of 64 years, Maureen. He is also survived by his cherished children Maureen (Martin Lerner), Cornelius (Janet), Catherine (Hugh Mullane) and Patrick (Kimberly). He was the proud grandfather of Donal, Michael and Hugh Mullane. After graduating from Regis High School in 1951, Don went on to earn a bachelor’s degree from Manhattan College in 1955 and a law degree from Columbia University in 1960. Don served in the U.S. Army, stationed in Korea, from 1956-58. Don continued to serve Regis High School and Manhattan College in various ways throughout his life, most recently as Regis High School Class of 1951’s Secretary. He spent most of his legal career at Consolidated Edison, Inc. and Long Island Lighting Company, where he worked in several practice areas and focused on energy law. He practiced elder law and real estate law as a solo practitioner following retirement from Con Edison.

Donal’s Catholic faith inspired him to serve his community. He was active in the Boy Scouts of America for decades, including serving as Assistant Scout Master of Troop No. 71 in Plandome and was recognized with The Silver Beaver Award in 2006. He also served on the Town of North Hempstead Board of Zoning and Appeals from 1996-2016, as a Board Member and then Vice Chairman. Don also served as President of The Council of Greater Manhasset Civic Association from 1984-86, Manhasset Democratic Club Zone Leader, 1975-87 and 2009-14, and earlier, President of the Westbury Democratic Club.

A voracious reader, Don loved history and politics. His intellectual curiosity led to lifelong hobbies of philately and ornithology. Until recently, he was an active member of the Collectors Club of New York. His family will miss him dearly and appreciated his intellect, kindness and optimism.

In lieu of flowers, please make any donations in Donal’s memory to Regis High School, www.regis.org/give.

Share Your Memory of
Donal
Upload Your Memory View All Memories
Be the first to upload a memory!
Share A Memory