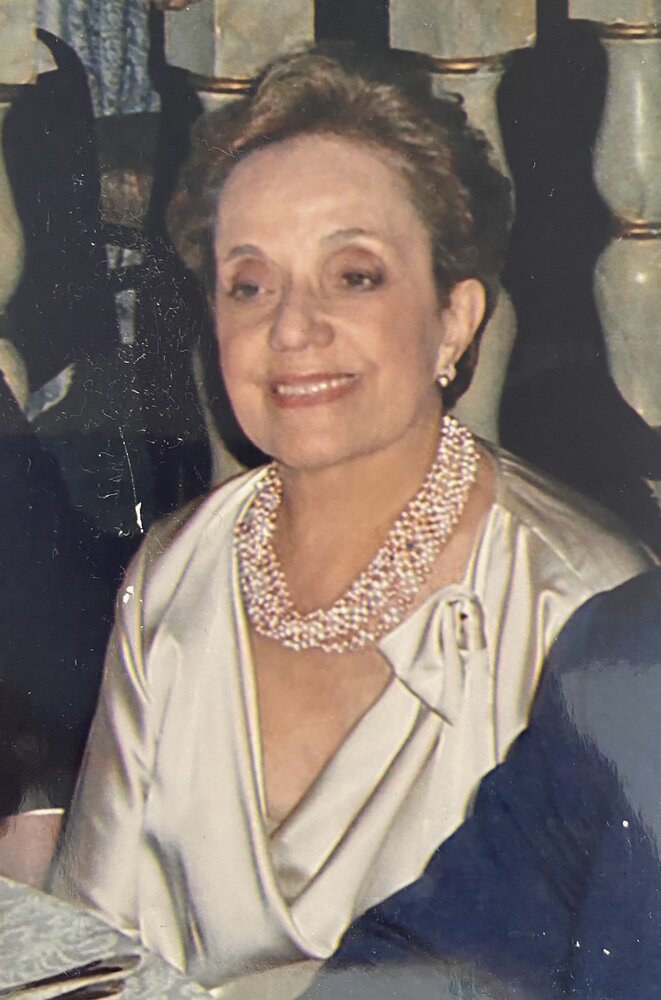 Please share a memory of Elpis to include in a keepsake book for family and friends.
View Tribute Book

Elpis Chandras of Manhasset, Long Island, passed away in her sleep on August 4, 2022, ten days after celebrating her 95th birthday with all her innate, particular verve for living.

Named for the Greek goddess of hope, Elpis was born in Woodside, New York, to Peter and Sophia Vasilas. Long predeceased by her husband, Michael Chandras and by her brother, Dr. Anthony Vasilas. She is survived by her loving children Leon Chandras (Sylvia) and Sophia Livanos (Michael) and by her longtime companion George Condzal.

Elpis known as “Yiayia” to George, Alexandra, Elaine, and Nicole who had the good fortune to be her grandchildren.

"Yiayia knows best,” she would always say, and it was true.

It was Elpis in whose house the family always gathered. Our mother and grandmother set the highest standards of quality and behavior, and her door was always open to those in any kind of need. Cooking and entertaining, both formal and impromptu, were among her fortes. She lovingly prepared a wide range of traditional Greek foods including Pastitsio, stuffed peppers and deserts such as Finikia and Koulourakia.

With the adamant optimism conjured by her name, Elpis encouraged us to cherish life in every manifestation. To be present in this world is to know that someday one will be absent from it. Elpis has crossed the threshold, but she will remain alive and warm in our hearts.

In lieu of flowers, donations may be made to the Archangel Michael Church.

Share Your Memory of
Elpis
Upload Your Memory View All Memories
Be the first to upload a memory!
Share A Memory