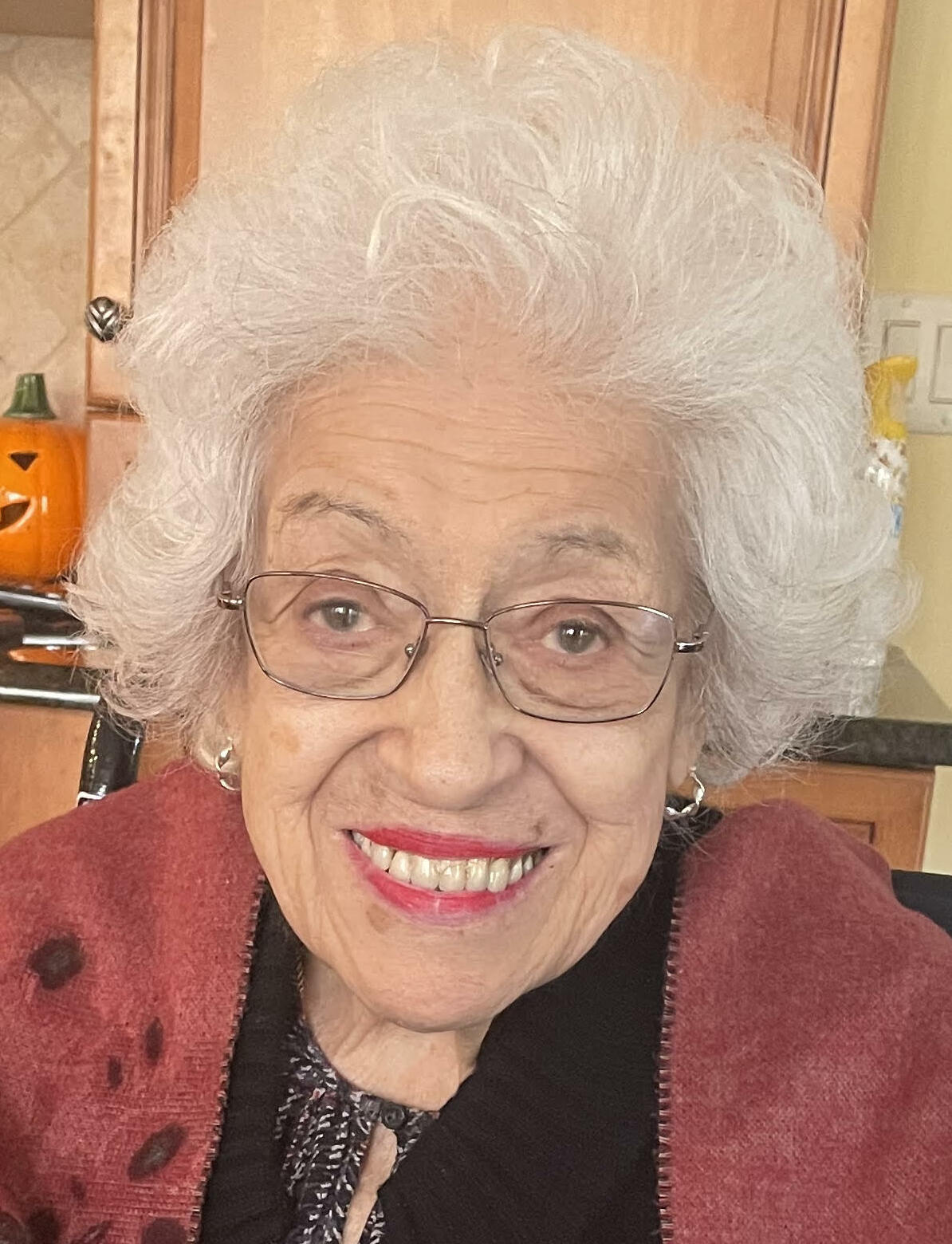 Please share a memory of Anita to include in a keepsake book for family and friends.
View Tribute Book

Anita was born in Ridgewood, Queens, New York on September 29, 1928 to Italian immigrant parents, Antonio and Marie Alifano. While attending Grover Cleveland High School in Ridgewood, she excelled in her studies and received many awards for both academics and service. It was there that she met her future husband, Isadore Caputo. Anita completed her Associate Degree in 1947 from The Packer Collegiate Institute in Brooklyn, New York.

Her early working life included a career as an Assistant Buyer in the Millinery Department at Macy’s Flagship Store in Herald Square, New York City. Among her many responsibilities were the organization and management of the myriad details required to ensure the success of the world-famous Macy’s Thanksgiving Day Parade.

Anita reconnected with Isadore after she graduated college and while Isadore was finishing Medical School. They married on July 11,1954 and in 1955 started their beautiful family with the birth of their first of five daughters. Anita’s creative and organizational skills, honed during her years at Macy’s, served her well in many aspects of her life. She was a pioneer in multitasking and homemaking. While raising her five daughters and flawlessly managing their household, she held positions of responsibility at both her daughters’ high school and at the hospital where Isadore practiced medicine. She served as President of the Ladies’ Auxiliary at The Mary Louis Academy in Jamaica Estates, New York for many years and was President of the Physicians Wives’ Guild at Wykoff Heights Medical Center in Brooklyn, New York for three terms. In those roles, she planned many successful fund-raising events. Whether it was raising money for an important piece of life-saving medical equipment for Wyckoff or for scholarship funds for Mary Louis, it was important to her to create events that were not only memorable but were opportunities to give back to her community. In later years, in addition to her voluntarism, Anita helped Isadore run his medical practice. After the untimely death of her beloved Isadore in 1988, Anita established a memorial lecture fund in his honor to advance his interest in medical education.

Anita’s intelligence and competence were equally matched by her many virtues. A gourmet cook, she had a flair for entertaining and offering hospitality with grace and ease. She was kind, thoughtful, and generous, never missing an opportunity to validate and encourage anyone who crossed her path. Her positive attitude, words of wisdom, sage advice, and beautiful smile were lavished on so many people throughout her life. Her faith, courage, and strength were an inspiration. Those who knew her, whether for a day or a lifetime, were truly blessed. Those who called her “friend” knew what an honor it was to be able to do so. As many have expressed, the world won’t be the same without her.

Anita is predeceased by her beloved husband Isadore and her dear son-in-law Gary Gwozdzik. She is survived by her loving children: Grace Caputo Gwozdzik, Marie and Walter Goldschmidt, Anne and William Wennington, Beatrice and Richard Maffia, and Jacqueline and William Ross; and her adoring grandchildren: Spenser Gwozdzik; Elvira, Cecilia, and Isabel Goldschmidt; Robert Wennington; and Melanie, Brian, and Matthew Ross.

In lieu of flowers, donations may be made in Anita’s name to St. Francis Breadline, 144 West 32nd Street, New York, N.Y. 10001; info@stfrancisbreadline.org. Since her days at Macy’s, Anita has contributed consistently over the years to St. Francis Breadline. As a nurturing, Italian mother, feeding the poor was a Work of Mercy dear to her heart.

Share Your Memory of
Anita
Upload Your Memory View All Memories
Be the first to upload a memory!
Share A Memory