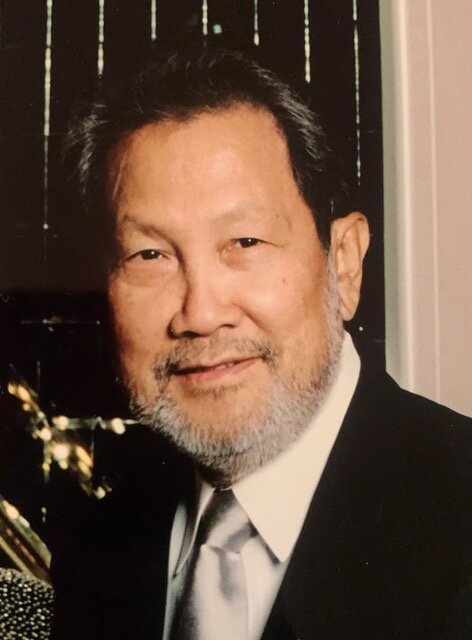 Mariano N. Pocsidio Jr. passed away at the age of 84, on Monday March 7, 2022. He was a loving husband, father, grandfather, and friend to all that knew him. Mariano is survived by his immediate family – His beloved wife Helen; his daughters Joanne and Shelley; and three grandchildren Phoebe Grace, Maxime Aurora, and Benjamin Owen. In the Philippines, he is survived by his adoring sister Glorina; brother Renato; many in-laws, nieces, nephews, and extended family.

Mariano was born in Lingsat, San Fernando, Philippines on November 25, 1937. The oldest of five children, he spent his early childhood in the challenging environment of WWII. With the guidance and support of his strong and devoted family, Mariano diligently pursued his education. He graduated with a Doctor of Medicine degree in 1961 from Far Eastern University Medical School in Manila, Philippines.

He immigrated to the United States in 1963, to continue his career as a Cardio Thoracic Surgeon. In New York that same year, he married his true love Helen, also a Medical Doctor, whom he met in the Philippines 2 years prior.

Mariano’s successful career as a physician spanned forty years. Thirty-two of these years he practiced at Mt. Sinai/ Beth Israel Kings Highway Division in Brooklyn, NY, where he began as a house physician, and was eventually appointed Chief of Thoracic and Vascular Surgery. He is legendary as a surgeon amongst his colleagues, adored and highly respected by fellow physicians, patients, and all those he worked with. As a surgeon, Mariano was sought after for his knowledge and great skill, and equally, for his caring, kindhearted manner, and utmost compassion.

His life was filled with love, companionship, and friends. With his particularly gregarious personality, Mariano was always described as being humble, generous, fun loving, and a very good dancer! He loved antiques, art, and opera. He also had a passion for sports, which he strived hard to excel in, especially skiing, tennis, and golf. After retiring in 2003, Mariano found time to travel the world, and go on many cruises with family and friends. He also immersed himself in his favorite hobbies – dancing, cooking, and painting.

Above all, Mariano valued family, and always cherished his time with them. His fervor for life will not come to an end with his passing. He lives forever in our hearts, and we continue to honor his legacy by remembering the goodness and integrity of his soul, and by living our lives to the fullest in his example.

Mariano will be very deeply missed by his family and friends. It brings us peace that he will be reunited with his parents Mariano Sr. and Aurora, as well as his brothers Erlindo and Manuel.

God bless you My Love, Dad, Pop Pop, Manong. May you rest in tranquility. We love you.

In lieu of flowers, please consider a donation in the name of Mariano N. Pocsidio Jr. to the following charities that have always meant a lot to him:

United Board for Christian Higher Education in Asia: https://unitedboard.org

Share Your Memory of
Mariano
Upload Your Memory View All Memories
Be the first to upload a memory!
Share A Memory