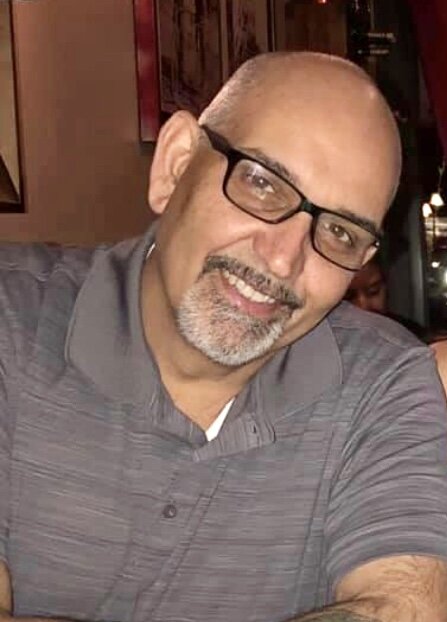 Please share a memory of Salvatore to include in a keepsake book for family and friends.
View Tribute Book
A Supervisor of Mechanics for the NYPD, Sal Antonucci’s love of life did not come to an end with his death. Sal passed away on March 3, 2022 at the age of 55 after a courageous battle with cancer, surrounded by loved ones who will continue to honor his legacy by living their lives to the fullest.
The simplest pleasures in life brought great joy to Sal.  He enjoyed quiet evenings at home with his wife Nora, spending time with his children, Vinny, Roddy, Jonathan, daughter in law, Jennifer, future daughter in law Chrissy, and his grandchildren Jehilyn, Leo, Cataleya and Castiel.  Nothing pleased him more than to have his family come visit him for all occasions from Holidays to the Super Bowl. Secretly, we know it was because he didn’t want to lose his parking spot).
He had an uncanny way of making people happy, and the ability to bring laughter to any situation.
Sal is survived by his loving wife Nora; his twin brother George, and sisters Rose and Elizabeth.  He will be missed dearly by his sister in-laws, Beatriz, Lisa and Sandra; and brother in laws, Carlos, Bob, Scott and George, his nephews and nieces, Matthew, Scott, Natalie, Makayla, Alexis, Ashley and Victoria and his faithful furry friend, Augie.
He will be deeply missed by his friends, family and all who knew him.
In lieu of flowers, the family requests donations to the following organizations:
Crohns & Colitis Foundation
https://online.crohnscolitisfoundation.org/site/Donation2?36229.donation=form1&df_id=36229&mfc_pref=T&s_src=HQXF21X1DFXSDGPX&utm_medium=googlepiad&utm_campaign=fy21appeals&utm_source=HQXF21X1DFXSDGPX&gclid=CjwKCAiAsYyRBhACEiwAkJFKogW-q-1v8E4iH6IKf8EScTiSy3Nt4UkCOZk4H0wDG772F7UvvjB7TxoC2KMQAvD_BwE
Memorial Sloan Kettering
https://giving.mskcc.org
The family of Sal Antonucci would like to thank the doctors and staff of Memorial Sloan Kettering and VNSNY Hospice & Palliative Care.

Share Your Memory of
Salvatore
Upload Your Memory View All Memories
Be the first to upload a memory!
Share A Memory