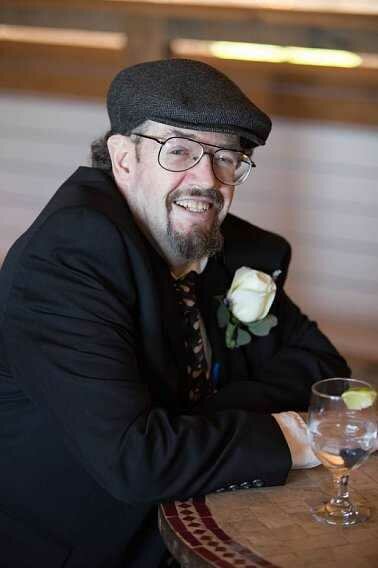 Please share a memory of Kevin to include in a keepsake book for family and friends.
View Tribute Book

He attended Notre Dame primary school in New Hyde Park, Loyola High School in Manhattan and graduated with a Bachelor of Arts degree from Southampton College of Long Island University.

Although he was born with a neurologic condition that limited some of his abilities and activities, he led a very active and full life with family and friends and never let that hold him back throughout his years. As he entered his work life, he held a variety of local-area jobs on Long Island gaining skills and experience that served him in future positions as well as running a successful entrepreneurial venture distributing Amway and other home products. Many of his customers commented on how engaging he was in his sales efforts and reliable in making his deliveries.

As he met many people during these years, Kevin was instantly likeable and developed friendships easily. He delighted in telling jokes and funny stories and this was one of the qualities his family and friends enjoyed from him. Many of those persons commented on Kevin’s remarkable memory, even for small details from many years past. In one such incident in the early 1990s while being fitted for a tux for his sister’s wedding, he talked with the store’s tailor about the details of a Dodgers’ baseball game that was played in the late 1950s while Kevin was still a youngster. Throughout his life there were many such moments like that.

With his strong interest in golf, he also worked at local country clubs starting as a caddy and rising to director of the driving range where he maintained all aspects of it and provided support services to the club’s members.

Among his many interests, his love of music, especially jazz and rock, stood out. He amassed a large collection of recorded music of his favorite artists and attended numerous live performances. Of the

many musicians he liked, he was especially enthusiastic for the Grateful Dead rock band. He attended many of their concerts in the New York area as well as having traveled to California to see the band perform in their native Bay Area. He also traveled to Canada with brother Joe to report on the historic Mariposa Folk Festival in Toronto and interviewed several performers including famous blues/folk performer Taj Mahal. Given his knowledge of the Grateful Dead and others like the New Riders of the Purple Sage and Commander Cody & His Lost Planet Airmen, Kevin wrote album and concert reviews for Relix magazine which reported on these and others in the similar jam-band genre.

He was equally enthusiastic for jazz and favored many of the jazz masters such as Miles Davis, John Coltrane, Duke Ellington, the Modern Jazz Quartet as well as vocalists Nina Simone and Ella Fitzgerald.

Being the son of a father born in Ireland, one of the highlights of Kevin’s life as a first-generation American was the trip he and his brother Joe took to Ireland in 1978. There they met family members of his father, explored the many historic places in Dublin and, importantly, the home where their father was born. They also attended the Dublin Horse show, one of the world’s great equestrian competitions. After a week in Dublin, Kevin and his brother left the city for the Irish countryside, driving rural roads to view the splendor of the Irish countryside and to visit local pubs in quaint villages.

A highlight of this trip was Kevin’s & Joe’s desire to travel to the Aran Islands off Ireland’s West Coast. At that time these islands were sparsely populated and most residents spoke Irish as their first language. Over a few days there, they met many of the residents, learned of their ways of life on the island, stayed in charming local B&Bs and enjoyed evenings in the local pub singing and storytelling with the residents. A highlight of their time on Inishmore, the largest of the three islands, was their hillside climb to Dun Aonghasa, an ancient stone fort built to protect the villagers from invading Vikings. It is located on the island’s western cliffs above the Atlantic Ocean. It was still daylight at 10 PM there and Kevin and Joe were the only persons walking these historic grounds and climbing the impenetrable walls of the fortress as dusk settled in, the sun set across the west of the ocean, the sky darkened and cows grazed in the fields, making for a magical hike back to the village pub.

As a son of a son of Ireland, Kevin spoke of this adventure for many years afterward. Over his final days before he passed, Kevin looked again at photos from other trips to Ireland by family members and remembered his wonderful time there in 1978.

Share Your Memory of
Kevin
Upload Your Memory View All Memories
Be the first to upload a memory!
Share A Memory