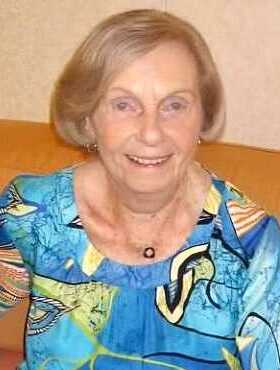 Please share a memory of Edna to include in a keepsake book for family and friends.
View Tribute Book

Edna Linitz was born on August 6, 1920, in Elmhurst, Queens, and was the youngest of five children. In 1951, she married her husband, George Linitz, and later moved to Smithtown. When her husband died in 1966, at the age of 42, Edna took a job at Grumman Aerospace, where she worked as a purchasing agent for the Lunar Module until she retired in 1985. Edna lived a full and active life. She was able to drive up to the age of 97, but continued to live independently in her own home in Calverton until she turned 99. In her remaining years, Edna lived in an assisted living facility in Glen Cove, which brought her closer to her family. Being around family meant everything to her. Edna was loving, caring, and immensely devoted to everyone in her family. Throughout the years, Edna enjoyed traveling, playing cards, riding roller coasters, snow tubing, going to casinos, touring wineries, and eating junk food, which she believed was the secret to her long life. However, many may say it was Edna’s vibrant spirit and devoted heart that enabled her to reach the age of 101. Edna will be remembered by her daughter, Jackie, grandson, Matthew, son-in-law, Gene, niece, Judy, and the rest of her family and friends

Share Your Memory of
Edna
Upload Your Memory View All Memories
Be the first to upload a memory!
Share A Memory