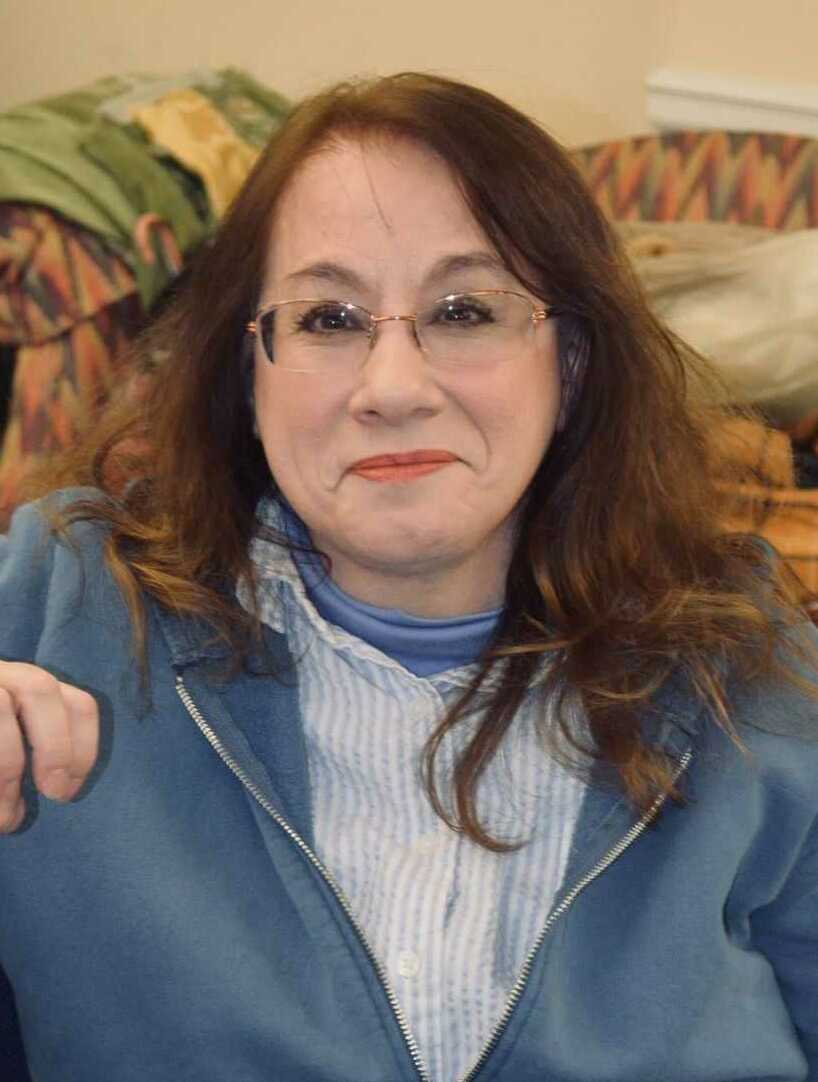 Please share a memory of Pamela to include in a keepsake book for family and friends.
View Tribute Book

Pamela Meadows passed away on October 26th, 2021 after a brief illness. She is remembered for her passion, creativity, and contributions to the Port Washington performing arts community for over half a century.

A lifelong Port resident and daughter of the late Mary and James Papasidero, Pam first attended St. Peters and in 1967 graduated from Schreiber High School, where she took her first steps in a life of theater as a performer in high school productions including Oliver and the Diary of Anne Frank, as well as vacations doing summer stock.

In 1971 she married Ron Meadows and began performing with the Port Washington Play Troupe, where Ron was working behind the scenes in production. Pam first transitioned from performing to directing with the Play Troupe Children’s Show, a local tradition since 1947.

Pam and Ron answered the requests of a teenage member of the Children’s Show cast to direct a show over the summer for kids who didn’t attend sleepaway camp: Port’s Teen Summer Theater was born. The “Summer Show,” as it was nicknamed, enriched the lives of Port teens annually with creativity, fun, shared purpose, and empowerment. Over the next 15 years, hundreds of young participants spent their evenings with Pam in rehearsal for those August performances, after mornings and afternoons were occupied with building and painting sets under Ron's guidance. Having learned to embrace every facet of theater-making, many of those performers and stagehands are today professionals in the film, TV, and recording industries and Broadway, leaders of their own community theater groups, and educators mentoring the next generations of artists in schools across the country. For their contributions to the youth of Port Washington, Pam and Ron were honored with the Community Chest Citizens of the Year award in 1977.

Pam continued her work as an educator teaching history at the Vincent Smith School for nearly a decade in the late 1980”s and later as a substitute teacher at Weber Middle School.

Whether at work with seasoned stage veterans or the first-time actors, Pam inspired the best with her joy, sharp wit, matchless creative instincts, and whole-hearted commitment. She believed in the power of the arts to create true community, even family, along with delightful entertainment.

Pam is survived by her son Christopher (Marianne) Meadows, siblings Nancy (Richard) Johnson, Linda (Frank) D’Elia and James (Katherine) Papasidero, cherished nephews, Aunts and cousins, and the vast circle of dear friends she cultivated through her years as an artist, educator, and mentor. She was predeceased by her husband Ronald Meadows. A Celebration of Life will be held on December 4th at noon at the Hilton Garden Inn, Roslyn NY following a graveside service at Nassau Knolls Cemetery at 11 am

Share Your Memory of
Pamela
Upload Your Memory View All Memories
Be the first to upload a memory!
Share A Memory