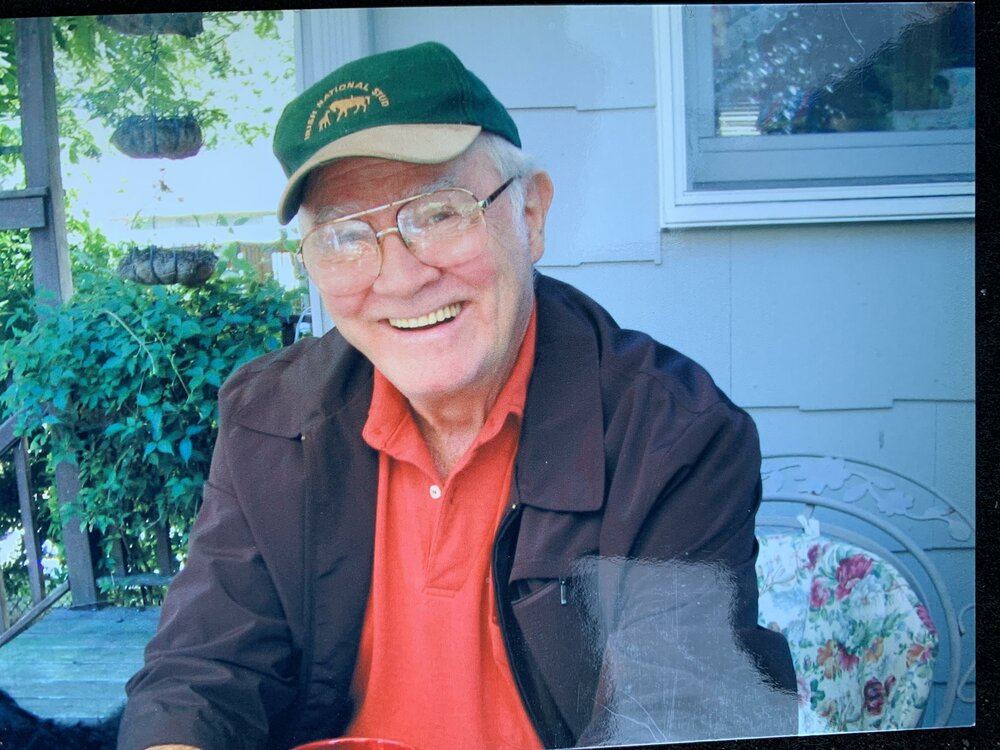 Please share a memory of Arthur to include in a keepsake book for family and friends.
View Tribute Book

Arthur “Art” Wade passed away suddenly on November 1, 2021, too soon at the age of 91. Art lived his life as a gentleman, with a passion for everything he did and tireless devotion to his family and friends.

Art was born on September 6, 1930, in Queens, New York. He grew up in St. Albans Queens, where he made lifelong friends and loved to play and compete in sports (Baseball, Swimming and Basketball). In June 1945, his father retired as a NYC Mounted Policeman and his family moved to Weare, New Hampshire to operate a family farm. Although surprised by this move from Queens to a farm, in New Hampshire, Art made lifelong friends and continued to compete and thrive in sports and added hunting and fishing as passions he continued throughout his life. At age 16, he pitched for a semi-pro team (in the Tri-Mountain League), which he later found out made him ineligible to pitch his senior year in high school. Art changed his position to catcher where he again excelled (resulting in baseball tryouts as a pitcher for the Yankees and a catcher for the Boston Braves).

Art was always proud of his military service and others who served in the military. In November 1950, Art joined the Air Force as a member of the Military Police and competitive drill team for the Honor Guard stationed at Elmendorf Air Force base in Alaska. In January 1952, he transferred to the Army, as a member of the Military Police, in Germany and France. In July 1953, Art received an Honorable Discharge due to injuries from an automobile accident. Art used the G.I. Bill to attend New England College and graduated in 1957.

Art spent his career doing what he loved to do, teaching and helping others pursue their interests and goals. As a teacher, he made numerous lifelong friendships with other teachers. He worked at Elmhurst Hospital as a Special Education teacher/principal for 25 years. Art’s philosophy was not merely to teach the required subjects, but to instill and encourage a passion for a hobby or interest such as chess, checkers, painting, photography or sports.

On October 31, 1957, Art met the love of his life, Margaret, at a Halloween Party in Queens, New York. They married in 1959 and had two children Deirdre and Arthur. Art made his family a priority and was always around to support their efforts and as a shoulder to lean on. In 1967, they purchased a house in Port Washington where he lived until he passed.

Art was always active in Port Washington: coaching Little League Baseball; initiating a petition in the 1970s for the installation of a dock and improvements at the Bar Beach boat ramp; as a member of the Masonic Lodge; and as a proud member of American Legion Post 509. Some of his proudest moments were as the Veteran’s Day keynote speaker on

Art passed away November 1, 2021, (64 years after meeting the love of his life, Margaret, at a Halloween Party in 1957). He is survived by his: wife, Margaret; children Deirdre and Arthur; son-in-law Mark Hannan; daughter-in-law Michelle; grandchildren: Brian, Chris, Megan, Ryan and Erin; and his great grandchildren: Connor and Declan. His tireless love and devotion to his family and friends will be missed. He lived to the age of 91, but it was still too soon because he offered so much.

In lieu of flowers, the family requests donations be made to the “Wounded Warrior Project”.

Share Your Memory of
Arthur
Upload Your Memory View All Memories
Be the first to upload a memory!
Share A Memory