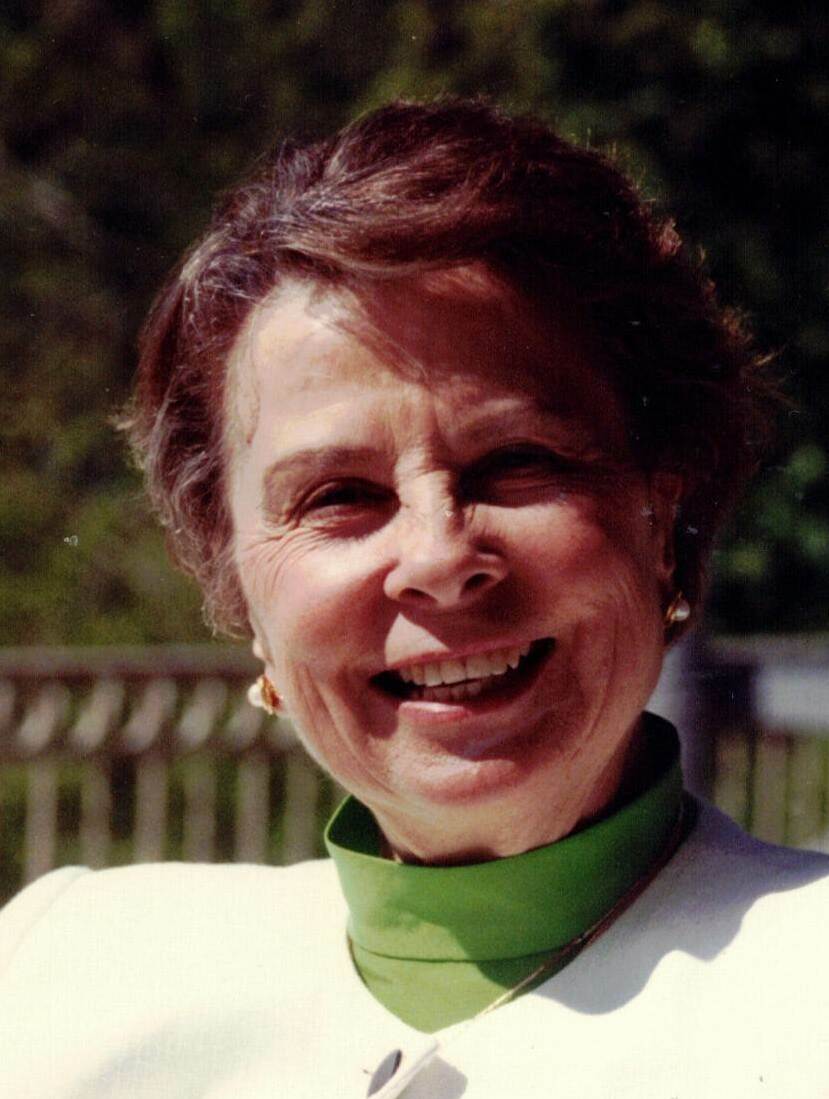 Please share a memory of Barbara to include in a keepsake book for family and friends.
View Tribute Book

Barbara Merdes Scott died Thursday, October 14, 2021 in Port Washington, NY, after a brief illness. She was 98. For the last several years she lived in the Amsterdam at Harborside’s Tuttle Center.

“Bobbie”, as she was known by her many friends, grandchildren and great grandchildren, was born and raised in New York City. She met her husband Eugene “Gene” Ray Scott, an Eastern Airlines pilot, at a Methodist Church youth program in Queens.  They fell in love, married, started a family and after discovering the beauty of Port Washington and Long Island, built a house on Hampton Court.  They felt Port was the perfect place to raise their children and joined the Methodist Church. Later they moved to the Congregational Church of Manhasset so their children could join the church’s Pilgrim Fellowship youth program.

She and her husband were devoted to each other. Sadly, he passed away in 2004.  They joined Manhasset Bay Yacht Club so they and the kids could learn to sail.  And they were longtime members of the North Hempstead Country Club where they enjoyed many years of golf, tennis and contract bridge. Over the years they travelled widely across North America, Europe and Africa.

Bobbie and Gene lived in Port Washington for 67 years.  They loved everything about the Port community—the library, the excellent medical care, the wonderful youth activities and the closeness to the cultural richness of New York City.

Before marrying, Mrs. Scott worked at the James Stewart Construction Company in Manhattan.  After moving to Port Washington, she made time to volunteer at Cerebral Palsy of Nassau County because she loved children and wanted to help people. She served as a leader in the Brownies and Cub Scouts. Later, she earned her real estate license and began selling houses.  Thanks to her winning personality, she had a wide circle of friends and would often host New Year’s Eve parties and bridge club meetings at her home on Hampton Court.

In lieu of flowers, please send a donation to one of our many outstanding local charities.

A private funeral for the family will be held at the Congregational Church of Manhasset with internment at Nassau Knolls Cemetery in Port Washington.

Share Your Memory of
Barbara
Upload Your Memory View All Memories
Be the first to upload a memory!
Share A Memory