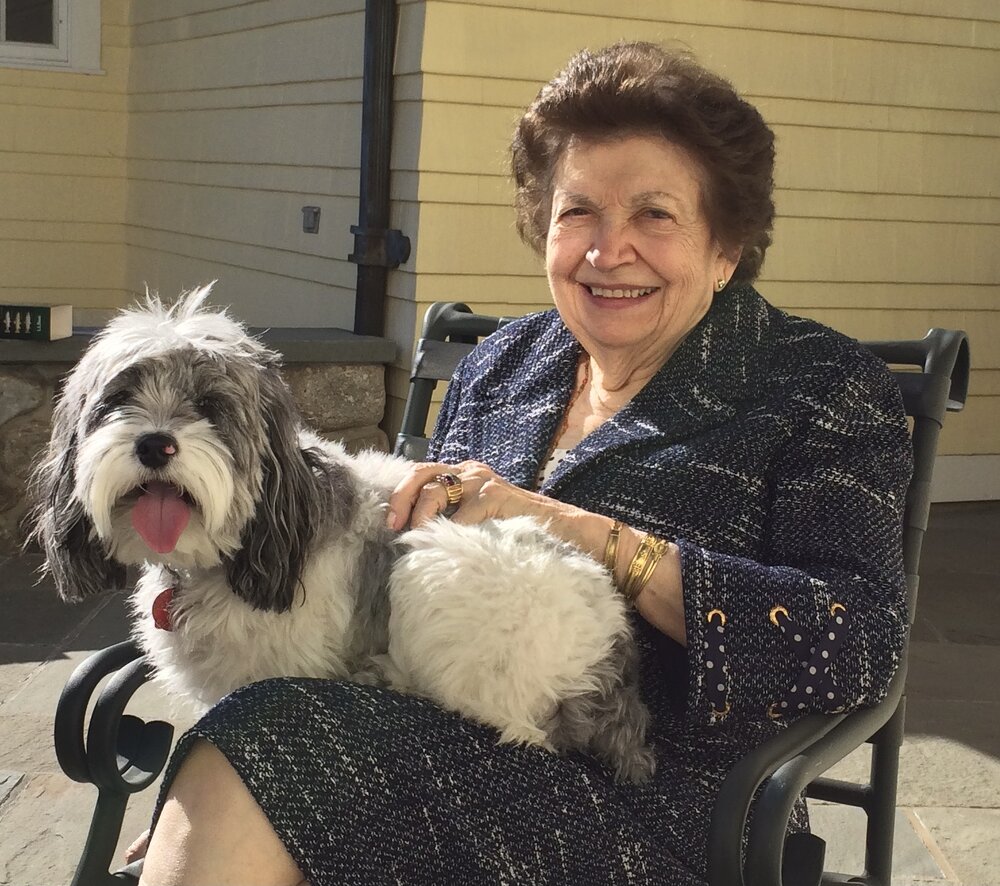 Please share a memory of Gloria to include in a keepsake book for family and friends.
View Tribute Book

Gloria Angiolillo was born in Brooklyn, NY on May 31, 1925, the eldest of four children and the only daughter of David and Mary Gallo. She was in the first graduation class at Lafayette High School and earned her college degree at St. John’s, then still located in Brooklyn and where she met her future husband, Paul. They married in 1948 and moved to Roslyn Harbor in 1950, where they raised their three children. Gloria had a business career spanning more than four decades as the head of bookkeeping at Rose Cloak & Suit Company, founded by her father and continued by her brothers Arnold and William. After her husband Paul’s passing in 1990, she moved to The Wyndham East in Garden City, where she continued to reside at the time of her passing. Gloria was passionate about working, had a great sense of style, and traveled far and wide, reaching in her lifetime numerous places in North and South America, Europe, Asia and Africa. She is survived by her three children, Bruce (Carol), Celeste (Michael) and Vincent (Pamela), four grandchildren, Livia, John, Carolyn (Clinton) and Paul, and two great-grandchildren, Thompson and Collins. She is also survived by her brothers, Arnold and William (Adele) and their children and families. Arnold’s beloved wife, Josephine, and her youngest and dearest brother, Robert, predeceased her. A funeral Mass will be celebrated at St. Mary’s Church in Manhasset on Saturday, October 23 at 10:15 AM and she will then be laid to rest with her late husband at Holy Cross Cemetery.

Share Your Memory of
Gloria
Upload Your Memory View All Memories
Be the first to upload a memory!
Share A Memory