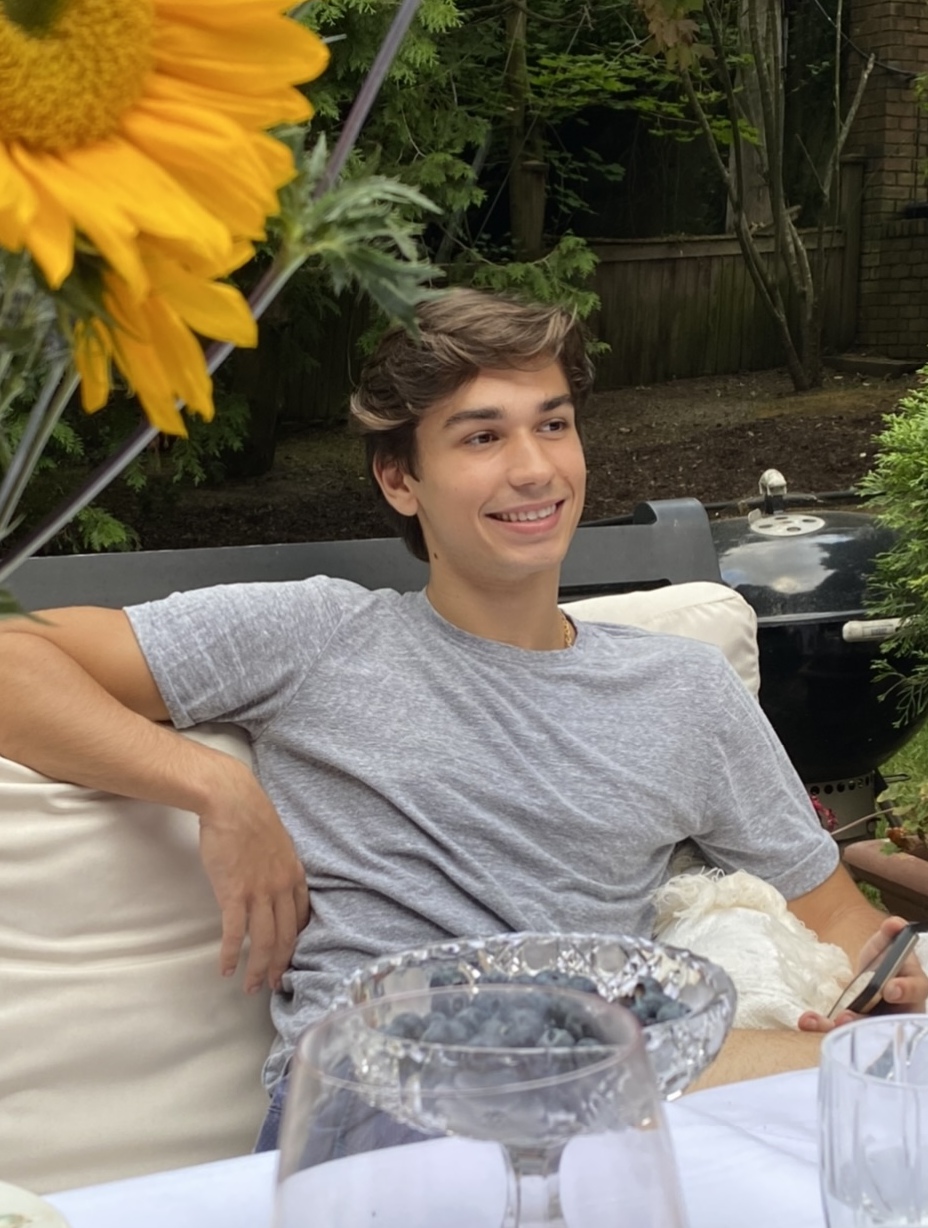 Please share a memory of Cristian to include in a keepsake book for family and friends.
View Tribute Book

Cristian passed in his sleep at the age of 20.

In his life he touched all who knew him and was loved wherever he went.  He had a uniquely kind and loyal heart, a defining human characteristic that will live on with his memory.

A life long resident of Manhasset, Cristian graduated from Manhasset High School in 2018.  He was a fourth-year student studying entrepreneurship in the School of Business at Quinnipiac University.  He was a member of Phi Gamma Delta, and will be missed by all of his brothers.

Once in college, Cristian grew into manhood exponentially with each passing year.  Cristian was his own man, cultivated his own thoughts and shared his vision and wisdom.  His family was extremely proud of the person he had become through those thoughts and actions.  With his drive and a sharp mind he was destined for greatness.  His short life was like a shooting star that shines so brightly across the sky.

You will be missed but never forgotten.

Share Your Memory of
Cristian
Upload Your Memory View All Memories
Be the first to upload a memory!
Share A Memory