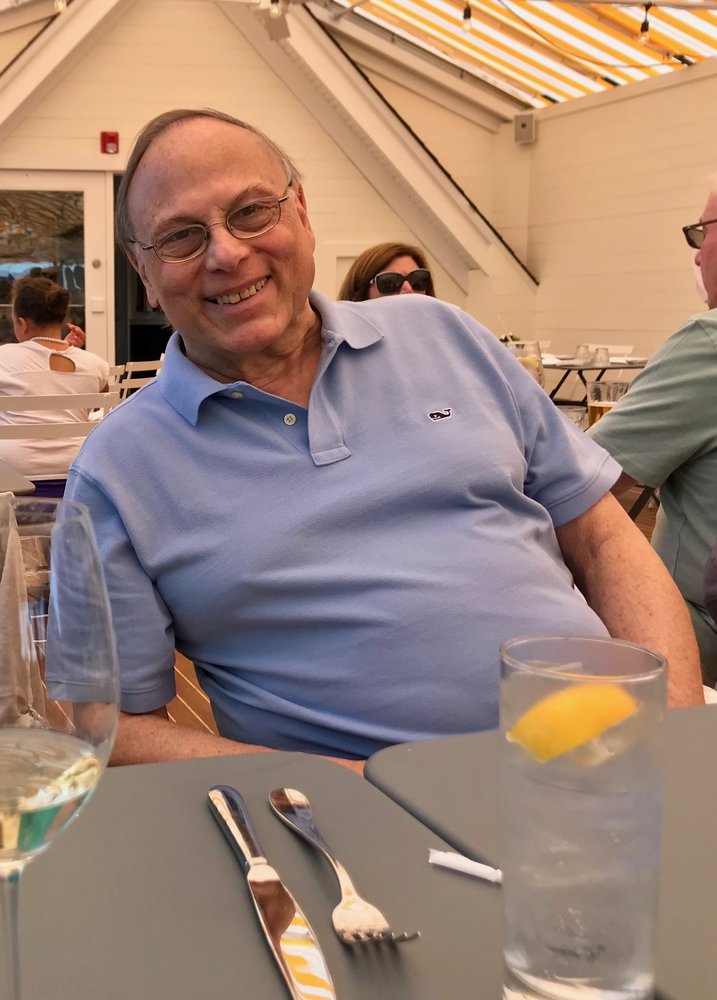 John Calabro, 74, passed away on July 4, 2021, surrounded by his loving family, after a courageous three year battle with cancer.

John was born on November 20 in Brooklyn, NY. He is pre-deceased by his parents John and Julia and survived by his wife Rosalie of 51 years, son John (Jacki), daughter Renee, and grandsons Liam, Patrick and Timmy.

John raised his family in Manhasset where he made several lifelong friends. He placed great importance on education for himself and his family, and he studied at Brooklyn Preparatory, Baruch College and Harvard University. As he began his career in the 1970s, John worked as a CPA specializing in the retail industry, ultimately becoming the Chief Financial Officer of the Associated Dry Goods Company. Following his corporate career and several entrepreneurial pursuits, he became the owner of the Landmark Tavern, an Irish pub in Manhattan established in 1868. He retired in the early 2000s.

Throughout his life, John experienced great joy when he spent time with his family, especially his beloved grandsons to whom he was known as “Papa”. He was also a close friend to many, in part due to his willingness to lend a nonjudgmental ear to those seeking his perspective. In his final year, as Covid-19 swept through an increasingly divided society, John prided himself on his ability to engage in friendly bi-partisan telephone debates with friends and family on topics ranging from economic policy to presidential politics. John’s close friends and family members will miss these lively discussions as well as his positive energy, thoughtful advice, caring nature, and wonderful sense of humor.

In lieu of flowers, please consider making a donation to the American Cancer Society in John’s name.