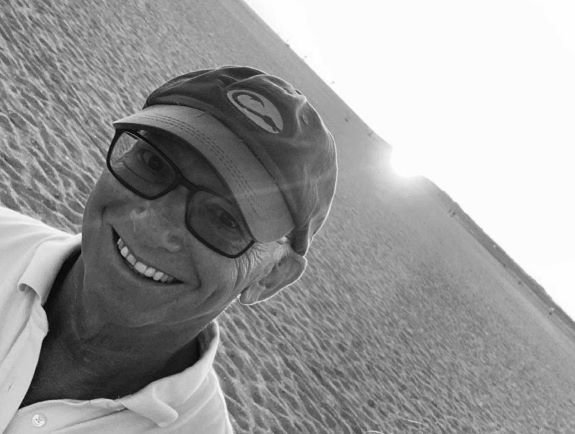 A lifelong Port Washington resident, Jimmy passed away on June 13th at the age of 72 after a fierce battle with cancer.

Born at North Shore Hospital to Lucie and Phil, Jimmy grew up and settled in Port Washington his entire life. He was the brother to Peter (predeceased), Steve and Margaret, husband to Sharon, beloved father to Bryan, Matthew and Elizabeth and a cherished grandfather to Madelyn and Bryan.

Jimmy loved living in Port Washington and decided to make it his lifelong home. He engaged himself in the family shoe business, perpetuating the legacy for over three decades, spanning Kallen Shoes, Shoes and More Shoes, and finally “Jimmy’s Shoes”. Located on upper Main Street, this was THE only place that for decades most Port families purchased shoes for their kids. This led him to become known affectionately as “Jimmy’s Shoes” by virtually everyone in town and beyond. It was extremely hard to meet someone from Port that did not know Jimmy from Jimmy’s Shoes!

Moving on from shoes, the “master salesman” used his extremely well-honed sales skills with his knowledge of apparel, he became one of the top salespeople at Brooks Brothers at Americana and nationwide! As he was able to sell anything to anyone, over the past 10 years, he ended his career in energy sales, working with country clubs, restaurants, and major institutions around the Tri-State area. There was nothing he could not sell when his heart was in it, and his heart was in everything he did! Always!

No matter what he was engaged in, Jimmy was ALWAYS focused on activities with his family, including his wife Sharon, also a lifelong Port resident, his three kids, Bryan, Matthew, and Elizabeth and his two grandkids, Madelyn and Bryan. Whether it was fishing, tennis or attending Mets or Jets games, Jimmy was always passionate about what he did, and it always focused on his family, his friends, and Port Washington, and it showed in everything he touched.

When Jimmy was not in the store, or with his family, you would find him engaged in helping someone regarding something with which required assistance or advice. He was for many, the “go to advisor”. He never turned anyone down when they were in need! His famous line that he lived by was “I don’t have problems; I only have situations with solutions”. This line will be placed on a bench dedicated in his honor at his beloved Port Washington Town Dock.

Unable to do so “No” to almost anyone in need, his phone constantly rung off the hook with calls from people seeking advice. His love of Port led him to become involved in a wide range of charitable efforts around town, always with the goal in his heart of making Port a better place. These ranged from PYA, the Chamber of Commerce, and becoming Executive Director of the Port Washington Business Improvement District. He even ran and was elected Garbage Commissioner!

Among his biggest passions was fishing. He always monitored the tides and the moon and knew exactly where and when the fish were biting. Whether it was Hart Island or inside the Bay, he was there on his well-recognized Boston Whaler, with his kids, who were all taught well by their dad, “the master fisherman”. While he had a small boat, he always caught the biggest fish! In the past 6 years, he became actively involved with Long Island Boat Rentals as a fishing consultant and guide for their clients, and even was the editor of a popular fishing column that could be seen weekly in the Port Washington Times.

Off the water, he directed the same passion to tennis. A member of Port Yacht Club, there Bryan, Matthew and Elizabeth all became accomplished tennis players. Today, Jimmy’s tennis legacy lives on in Matthew, who like Jimmy, is the classic entrepreneur and excellent tennis player and coach to children and adults alike, running his own Port-based (of course) tennis instruction company, Courtsense.

Jimmy lived every day of his life with passion, humility, humor, and grace. He lived for his family, his friends, and making Port Washington a better place! He will be greatly missed by all, but the memories of this special man will live on forever.