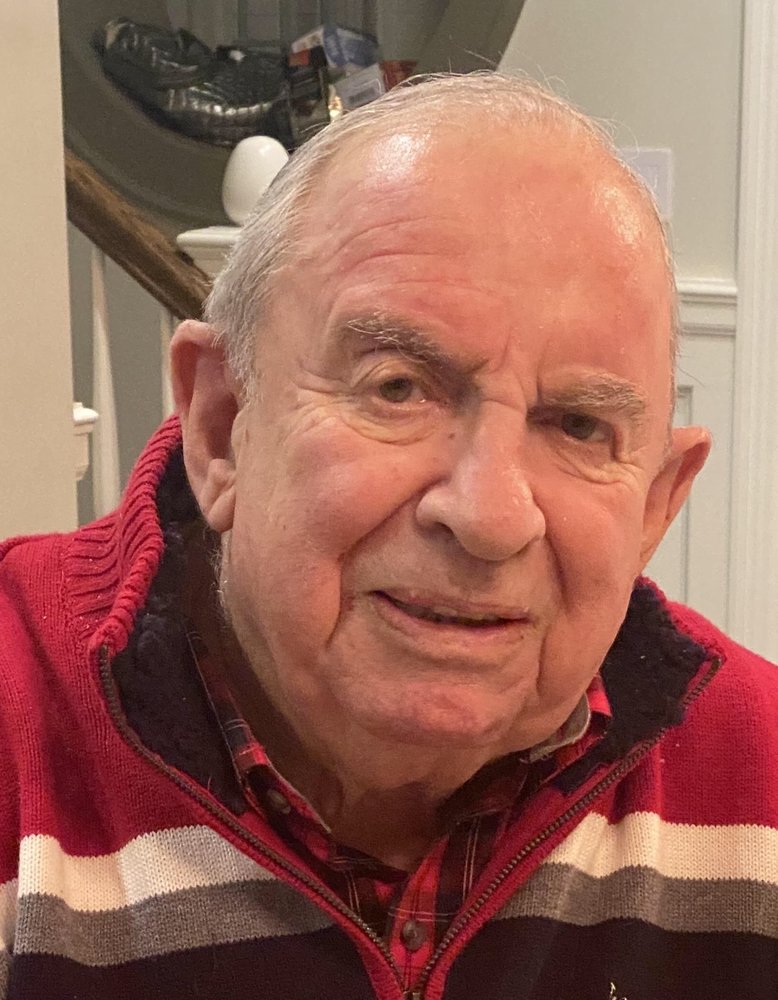 Michael Edward Bruno II, 82, died on April 11, 2021 with his loving family by his side after a long battle with cancer.

Most important to Mike was his family. He was the son of the late Michael Edward Bruno and Rita Reilly, both of Connecticut. He also had many adoring aunts and uncles that cherished him and spent a lot of time with him. He is survived by the true loves of his life, his two daughters. Carol (Bruno) Marcell and her husband Andrew Marcell of Port Washington, NY and Lee Ann (Bruno) Bush and her fiancé, Bill Kabai, of North Attleboro, MA. Michael maintained a loving friendship with his former wife Joyce Bruno also of Port Washington. Mike took great pride in his 6 grandchildren Ally, Oliver, James, Helen, Sam, and Holly as well as his nieces and nephews, Jonathan, Liz, William, Martel and Julie. Also special to Michael is his beloved younger brother, Todd Bruno and favorite cousin, like-a-brother, Bart Benedetto.

Born on March 6th, 1939 in Bridgeport, CT he spent his youth playing in the fields by St. Mary’s By the Sea. As a child, Michael spent most weekends with his cousins where they were always competing at wiffleball, chess or cards. In high school he excelled in sports playing both football and baseball and graduated from Bassick High in 1957. Mike played baseball at The University of Alabama until his education was cut short because he was needed at home. He did however remain a loyal fan of the “Crimson Tide”. Later, while working full time, he completed his B.A. at Pace University.

A United States Army Veteran, Michael served from 1960 through 1963. Stationed in Germany Mike was able to travel around Europe while he was in the military. During this time, he made the rank of Sergeant and was recognized as a marksman.

Building a successful career on Wall Street in fixed income sales, Mike rose the ranks starting at Goldman Sachs and retiring from Morgan Stanley. In 1994 Mike changed careers and moved out East to Wainscott, NY and worked as a residential real estate broker at Dunemere Associates and Brown Harris Stevens. Throughout both of his careers, he enjoyed engaging with coworkers and customers and formed lifelong friendships.

Mike was a passionate NY sports fan. If the Yankees or the Giants were through for the season, he would then fiercely root for the Jets or the Mets. As long as the team started with New York he was for them. Mike enjoyed the New York Boston rivalry and always retold a story of watching the 1986 World Series with his oldest daughter Carol in a Boston sports bar during her tenure at Boston College. Because of his overly enthusiastic cheering the waitress thought it best if he left quietly and in exchange their dinners were on the house! The rivalry continued when his youngest daughter, Lee Ann relocated to the Boston area in the late 1990’s. As an avid golfer Mike enjoyed playing most weekends at Plandome Country Club and later at Noyac Golf Club in Sag Harbor. Mike even had the opportunity to play in the practice round of the Players Tournament! He had fun stories of many golf trips with his friends or co-workers and he also enjoyed passing on his skills and coaching his daughter Lee Ann and son-in-law Andy, whom he truly loved like a son.

Mike flourished and seemed happiest while out East in the Hamptons. Michael had a flair for entertaining and many people who knew him are still telling stories of their trips to his Hampton house where he would welcome his guests with fresh flowers in their bedroom, music playing and something delicious on the grill. The people who knew Michael are forever thankful for his unwavering generosity, compassion, wit, and his sense of humor. He had many “dadisms” that we all repeat with smiles on our faces. His vibrant spirit will live on in the many people whose lives he touched.

In lieu of flowers, donations may be made to :. The North Shore Child and Family Guidance Center,   https://www.northshorechildguidance.org

Share Your Memory of
Michael
Upload Your Memory View All Memories
Be the first to upload a memory!