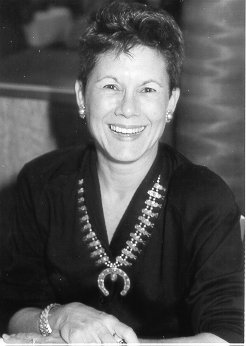 Please share a memory of Nancy to include in a keepsake book for family and friends.
View Tribute Book

Nancy Lee Coleman passed away peacefully, surrounded by her family, on a picture perfect summer’s day, July 1st, 2019. She was born March 28th, 1953 at Scripps Hospital in La Jolla, California. She was the eldest daughter of Skeets and Lee Coleman. She, along with her younger brother and sister, was raised in Del Mar and Playa del Rey in Southern California before moving with her family to Darien, Connecticut during her teen years.

While still in High School she attended the American Academy of Dramatic Arts in New York City. She graduated from Darien High School in 1971 before heading off to Emerson College in Boston, Massachusetts. She later graduated with a Bachelor of Fine Arts from NYU Tisch School of the Arts in 1982.

She then embarked on a career in the film industry, moving up the corporate ladder to become VP of Sales Administration at Sony Pictures International in New York City.

Early in her career she met and fell in love with her Husband, Don McSorley. They lived in New York City before settling into their forever home in Port Washington, NY. There they raised 5 dogs; Chrissy, Cady, Jesse, Dixie and Daisy, cats Blizzard and Maggie, and Nicky the Pigeon.

In 1992 she decided to strike out on her own as a professional Genealogist, which was her career until she was unable to continue due to medical reasons.

In her personal life she was an incredible gardener, growing a verdant garden each year. She spent many weeks each winter in Puerto Vallarta, exploring Mexico in and out of the sea with passion and curiosity. She became great friends with people from around the world who traveled there at the same time each year for over 3 decades. She was raised with a passion for baseball, first as a Los Angeles Dodger fan alongside her mother and then as a life-long New York Yankee fan as an adult.

Finally she was a fighter for many causes, including pet rescue, clean oceans and racial & gender equality. But above all she fought to protect those she loved.

She is survived by her Husband Don McSorley of Port Washington, NY, her brother Marty Coleman and wife Linda of Glenpool, Oklahoma and her sister Jackie Remick and husband Mark of San Diego, California. She also leaves behind 4 Nephews, 10 nieces, and 10 grand nieces/nephews.

On Saturday August 3 at 11 am, a celebration to honor Nancy's life will take place in her beautiful garden in Port Washington, NY. A reception nearby to follow. Dress for summer comfort and fun.  Black is not required

Share Your Memory of
Nancy
Upload Your Memory View All Memories
Be the first to upload a memory!
Share A Memory