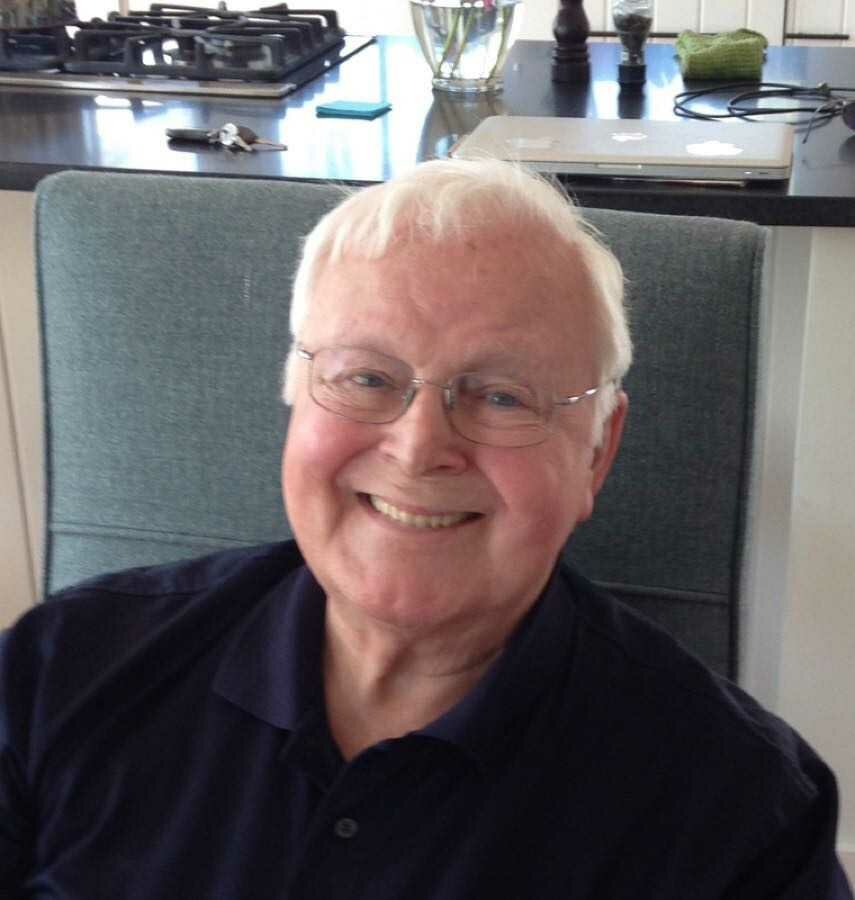 Please share a memory of Richard to include in a keepsake book for family and friends.
View Tribute Book

Richard Joseph Rice was born in Brooklyn in 1928 to Richard and Viola Rice. He grew up in Garden City, New York one of three children with a sister, Gloria Ann and a brother, Theodore. As a boy, Richard excelled as a student and an athlete who developed a lifelong passion for both the English language and the game of football. He attended Xavier Military Academy and then graduated from Garden City High School where he played halfback. Richard was recruited by Canisius College where he continued to play football. After college, he served sixteen months as an Infantry Master Sergeant in Korea which earned him a Bronze Star and the admiration of his troops. In 1955 he married the beautiful and charming Maureen Mahoney in New York City and they moved to Manhasset, NY in 1957 where they raised their children, Kathleen (Stuart Harris) Sheila (David Gleason) Mark (Nancy Gleason) and Brian (Robert Goldrich).  In the many years they lived there, they were active in the community and developed countless friendships. Among his fondest memories were the years he spent coaching Manhasset PBC football when Mark and Brian were children. And he could always be counted on to cheer on Strathmore Vanderbilt Country Club at swim meets and was also a regular attendee at Manhasset High football and lacrosse games.

Richard’s distinguished professional life took place during the 34 years he worked for Johnson & Higgins, one of the largest insurance brokerage firms in the world. During that time, his achievements and recognition abounded and industry leadership culminated in his presidency of The National Association of Insurance Brokers from 1980-1981. He achieved world recognition in the sophisticated realm of risk management and was considered one of J&H’s finest writers and speakers.  Richard retired as a Partner of the firm in 1990 and he and Maureen were delighted to become “snowbirds” who spent half their time enjoying friends, golf, beach and their growing family in Naples, Florida. He got a big kick out of his five grandchildren, Amanda (Eliot Ramirez) Morgan, Brett, Casey and Jaime and was delighted by their frequent visits. He will be remembered for the abundance of generosity he shared with many charitable organizations, friends and family members. In lieu of flowers, please make donations to https://concussionfoundation.org/.

Share Your Memory of
Richard
Upload Your Memory View All Memories
Be the first to upload a memory!
Share A Memory