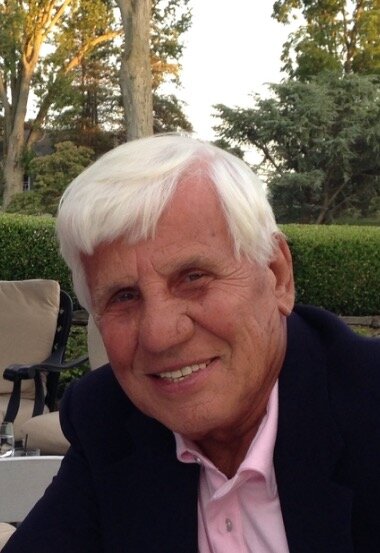 Please share a memory of Cosmo to include in a keepsake book for family and friends.
View Tribute Book

A Legacy of Family, Golf and Beautiful Smiles

Born in Summit, NJ and raised in Port Washington, NY, Cosmo was a high school athlete, playing football and basketball. He attended Davis Elkins College in Elkins, West Virginia. He served his country as a Navigator in the Strategic Air Command during the Korean War conflict. Upon his return from active duty, he attended Seton Hall School of Dentistry. He operated a solo dental practice in Port Washington, NY for over 50 years – that’s a lot of smiles! Through the years, he often provided pro-bono dental services to community members in-need. He believed each one of his patients was his “best patient.” He had the distinct pleasure of serving as dentist to his wife, his 4 children and to his grandchildren. Each had the privilege of sitting in his dental chair and have beautiful smiles due to their grandfather!

Married for 60 years, Karen was the love of his life. They met when she was a student at the College of New Rochelle and he was a dashing Air Force veteran and dental student. Fate brought them together and a full, happy life followed with 4 children and 9 grandchildren (ages 8-25). He called her “Boo.”

An adoring Grandfather, Cosmo attended his grandchildren’s music recitals, sporting events, art exhibits and birthday parties. He was attentive and present, quieting tears, praising successes and cheering them to try again…and they did.  He taught them to play gin rummy and poker, throw a ball, ride a bike and not take life too seriously. He was both present and interested – listening to each of them for hours -learning about their lives, challenges and wins.

Cosmo was an avid golfer and fan of Freddie Couples. He was forever working to improve his golf swing. The bedroom ceiling showed the marks of his nightly practice swings. A dark arc across the ceiling showcased his desire to improve well into his 80s! A member of Sands Point Golf Course for over 50 years, he made great golf buddies, won championships, including a Double Eagle (500 yards!) in 1982 during the Club Championship.  He loved to walk the course at dusk – a few clubs in hand and his trusty Springer Spaniel, Shamrock by his side, chasing down golf balls…he was happy there.

A class act all the way, Cosmo often dressed in a blue button-down shirt, cashmere sweater and khaki pants. He cut a “Bella Figura,” as the Italians say, “beautiful figure.”

He had a full life and a zest for his family and community. He touched everyone he came to know and some that he had just met. He made a difference in people’s lives. He was kind and generous, and will be greatly missed.

Donations may be made in memory of Cosmo J. Vetrone to:

Online: Click Here to Make a Donation to The INN

Share Your Memory of
Cosmo
Upload Your Memory View All Memories
Be the first to upload a memory!
Share A Memory