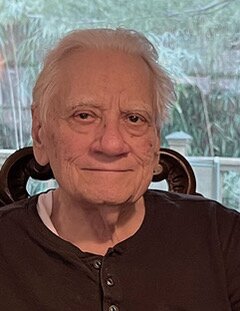 Please share a memory of Richard to include in a keepsake book for family and friends.
View Tribute Book

Richard Emanuel Stancati born June 18,1936 age 86 Great Neck, NY passed away peacefully on November 9, 2022 at his home of 55 years in Great Neck, NY.  He is survived by his wife Lollie of 64 years, his daughter Lisa and her husband Jon and their children Cal and Emily. His son Ricky and his children Channon and Cassady and his grandchild Leo. His son Robert and his wife Amy. His beloved nephew Wayne and his wife Ginger and his daughter Kate and his son Devon and his wife Joanna and their children Eliza and Daphne.

Settling in Great Neck in 1969 he raised his family and became an integral member of the Community. He was the President of the Great Neck Village Business Association, a member and Officer of the Great Neck Chamber of Commerce and on the Board of the Teachers Center, Great Neck Public Schools.  In his role as president of GNVBA he created the Annual Village Crafts Fair, closing off Middle Neck Road and opening the streets to artists and local entertainment.

Through the years he was a business leader and driving force in the community.  He created and ran businesses that brought people together in many ways. In his life he fostered hundreds of people with the jobs and culture he created through his big extended family which was Great Neck. He maintained two businesses in town, Eastern Queens Cleaning Corporation and The Kitchen Restaurant. The Kitchen was a popular spot. Everyone gathered there. The cleaning company served residential and commercial accounts utilizing a crew method. He boasted it was the first of its kind. At some point nearly everyone in town worked for the cleaning company or the restaurant.

For more than 20 years he managed Melville Hall at the USMMA in Kings Point along with his wife Lollie who worked by his side and his son Robert who was the Executive Chef.  He was very proud of his role there and loved the beautiful setting. He served visiting dignitaries ranging from Presidents to astronauts and countless members of the United States Merchant Marine Academy.  In the course of his life, he fed thousands of people and hosted wedding celebrations for hundreds of couples and their families.  All local community organizations including the Great Neck School District utilized the beautiful waterfront mansion on the Long Island Sound for their community functions.

He was a proud caretaker of Melville Hall and worked closely with Kings Point Alumni Daniel E. Meehan on the extensive renovations to Melville Hall in 2008. The doors were open every Wednesday for lunch serving the USMMA employees, as well as, the local community. These Wednesday lunches brought a diverse group of people together in a weekly gathering spot to connect with one another in the beautiful setting with a view of the Long Island Sound.

Richard was funny, hardworking and down to earth. He had a love of music, a gift for storytelling and was an expert joke teller. A larger than life person, a quick witted boss with a heart of gold.  He touched many lives with his humor and generosity and his love and commitment to Great Neck.  His customers along with the many waiters, waitress busboys and dishwashers all became members of his extended family.  He will be remembered as a larger than life person. His recorded message on the answering machine at the Academy was “May you have Fair Winds and Following Seas”  We all wish the same for him.

In lieu of flowers please consider a donation to:

Share Your Memory of
Richard
Upload Your Memory View All Memories
Be the first to upload a memory!
Share A Memory