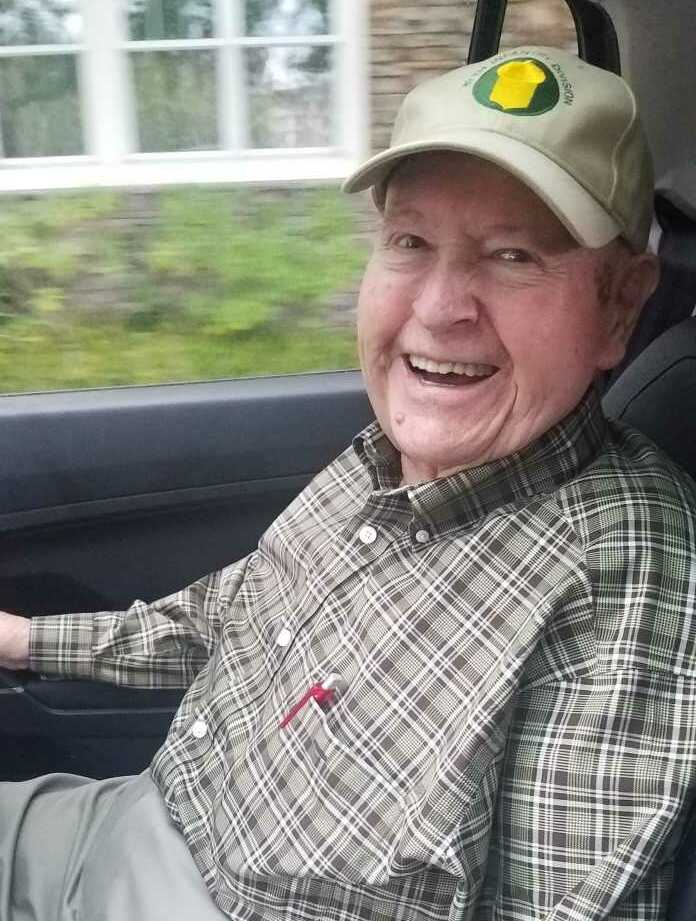 Please share a memory of Harold to include in a keepsake book for family and friends.
View Tribute Book

Harold V. Champol, 55-year Port Washington resident and noted Assistant Superintendent for Business of the Port Washington Union Free School District, passed away peacefully at his home at The Harborside Retirement Community on Sunday, October 16, three days short of his 97th birthday. A decorated war veteran, Harold enlisted in the United States Army at just 17 to serve in World War II as a skilled Automatic Rifleman in the 87th Infantry Division of General Patton’s Third Army. He was wounded in the Battle of the Bulge, receiving the Purple Heart and the prestigious Bronze Star, awarded for his heroic achievement in battle. Following the war, he used the G.I. Bill to enroll in Manhattan’s Pace University, earning a degree in Accounting and Business Administration. His education prepared him for a lengthy, distinguished career as a school business executive, serving the Levittown, Westbury, Locust Valley, and finally Port Washington school districts. In a pinnacle achievement in 1980, Harold was selected by Executive Educator magazine as one of the Top 100 School Executives in North America. Upon his retirement from Port Washington, he was eagerly recruited by school districts around Long Island as an interim leader to lend his expertise to their operations. Harold also used retirement to hold public office, elected in 1985 as Commissioner of Port Washington’s Water District. Always a leading figure in the community, Harold served in many organizations, most notably as President of the Nassau County Chapter of the New York State Association of School Business Officials, President of the Rotary Club of Port Washington, and Member of the Board of Directors of Port Washington’s Police Athletic League. He possessed a lifelong appetite and curiosity for exploration and world travel, bringing his family to all 50 U.S. States, all seven continents, and both the Panama and Suez Canals. Preceded in death by his beloved wife of 61 years, Lela M. Champol, Harold is survived by his loving daughter, Joan (Thomas) Maimone of Manhasset, and his three adoring grandchildren: Daniel (Brittany) Maimone of Huntington, Dominick (Danielle) Maimone of Manhasset, and Christine (Vincent Antonucci) Maimone of Manhasset. He will be missed terribly and remembered as a deeply kind, loving, compassionate man, completely devoted to his grateful family. A memorial service for Harold is planned for Tuesday, November 1 from 6-8pm at Fairchild Sons Funeral Home, Manhasset, New York. In lieu of flowers, please consider making a donation to Wounded Warrior Project: www.woundedwarriorproject.org

Share Your Memory of
Harold
Upload Your Memory View All Memories
Be the first to upload a memory!
Share A Memory