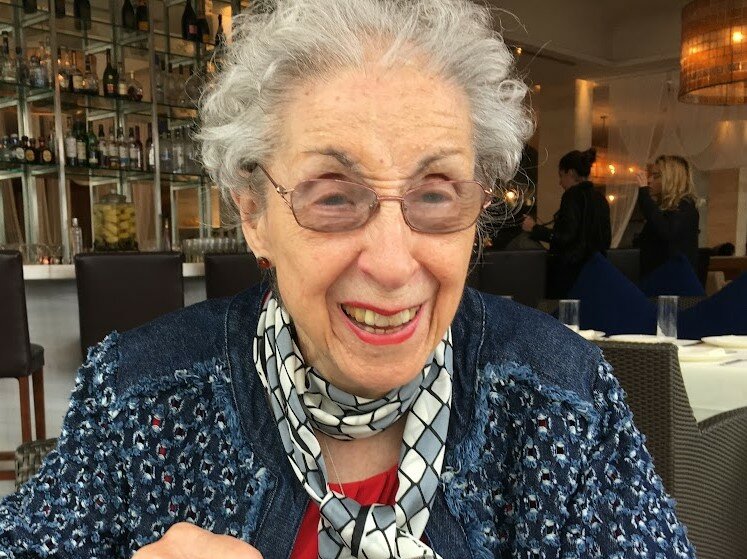 Please share a memory of Peggy to include in a keepsake book for family and friends.
View Tribute Book

It is with profound sadness that we share the news of the passing of our dearest mother and grandmother/yia-yia, Paraskeve “Peggy” Serres at age 88. Born and raised in New York City, Peggy joins her beloved late husband George and her loving parents Panayioti “Peter” and Evangelia Krassas and her brother Jim Krassas in heaven. She is survived by her daughter and son-in-law Yvonne and Brett Willard, her son and daughter-in-law Michael and Voula Serres, and her grandchildren Lea, Ellie, Drake, Rory and Sofia, all of whom she deeply adored. She passed away of natural causes in the Seattle, Washington area near her daughter.

Peggy lived a long and happy life, spending her early years in Astoria, NY. After high school, she worked as a stenographer for a business located in the Empire State Building, a source of great pride for her immigrant parents. After marrying George and starting a family, she dedicated her life to raising her children, working with George in his accounting practice, taking care of her parents, and supporting causes that helped her church and her community. Peggy was athletic and played many sports including basketball, volleyball and bowling. She had a strong creative streak, enjoyed cooking and entertaining, and loved Greek dancing. In her later years, she especially enjoyed traveling with George.

Peggy held strong ties to her family roots in Kastoria, Greece. Throughout her life, she supported the Kastorian Society and was an active member of the Kastorian Ladies Philoptochos, a philanthropic organization that directly helps those in need. Upon moving to Manhasset, NY in the 1970s, Peggy became active in the Hellenic Women’s Club of the North Shore where she developed true and treasured friendships. She, George and their children were immersed in the local Greek American community and were one of the 40 Founding Families of the Archangel Michael Greek Orthodox Church in Roslyn NY, now located in Port Washington, NY.

Those who knew Peggy describe her as kind, gentle, generous, respectful, and selfless. She was a beloved wife, mother, aunt, friend, and neighbor. We shall miss her beyond measure

Share Your Memory of
Peggy
Upload Your Memory View All Memories
Be the first to upload a memory!
Share A Memory