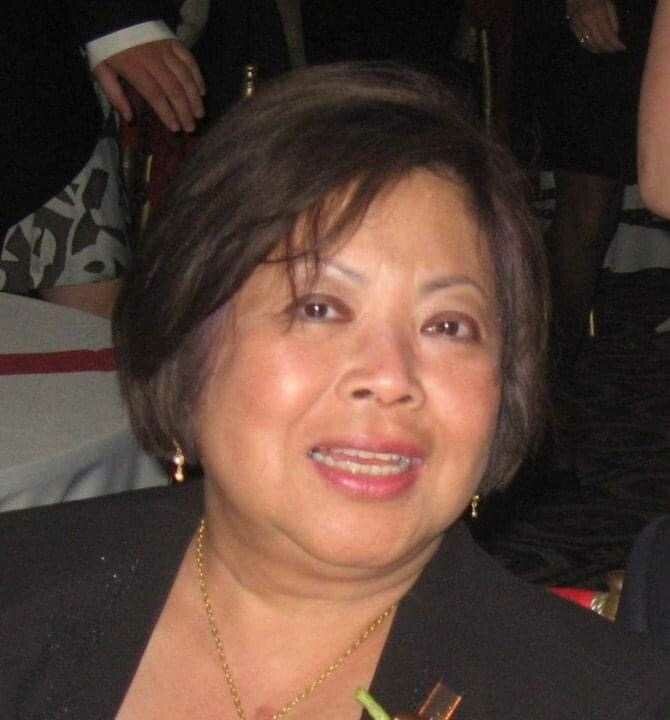 Please share a memory of Arlyne to include in a keepsake book for family and friends.
View Tribute Book
Arlyne Gamatero Romero, beloved daughter of Nemesio Gamatero and Lorenza Ramos, was born in Manila, Philippines on May 12th, 1942. She made her peaceful transition on August 3, 2022 at the age of 80. She was the loving wife of 54 years to Anibal Romero, cherished mother of Edward and Michael Romero, adoring grandmother of Kaeleigh, Tess, Makena, Luna, Beck and Cub, loving sister of Wilma and Roland, and mother-in-law of Annie Fensterstock and Tonya Whitney Romero.
After graduating from the University of the Philippines in Manila, Arlyne moved to the United States and earned her Masters degree from Drexel University.  She eventually moved to New York City, where she met her husband. Together, they raised a family in New York City and Port Washington, eventually settling in Westbury.
Arlyne will be remembered for her intelligence, wit, energetic spirit, and joyful laugh. She spoke three languages, loved to connect with distant friends and family, and was incredibly generous. She was a trickster, a bit mischievous, and loved to play practical jokes, often laughing louder than anyone.  She was a woman of many talents; she was athletic, musical and graceful.  There was always so much more to her than met the eye.
Her life and memory will be celebrated on August 11th, from 1p - 5p at Fairchild and Sons Funeral Chapel. A memorial service will be held at 2p. In lieu of flowers, donations may be made in Arlyne's name to the Juvenile Diabetes Research Fund/JDRF (jdrf.org).
In Loving Memory of Arlyne Romero - YouTube

Share Your Memory of
Arlyne
Upload Your Memory View All Memories
Be the first to upload a memory!
Share A Memory