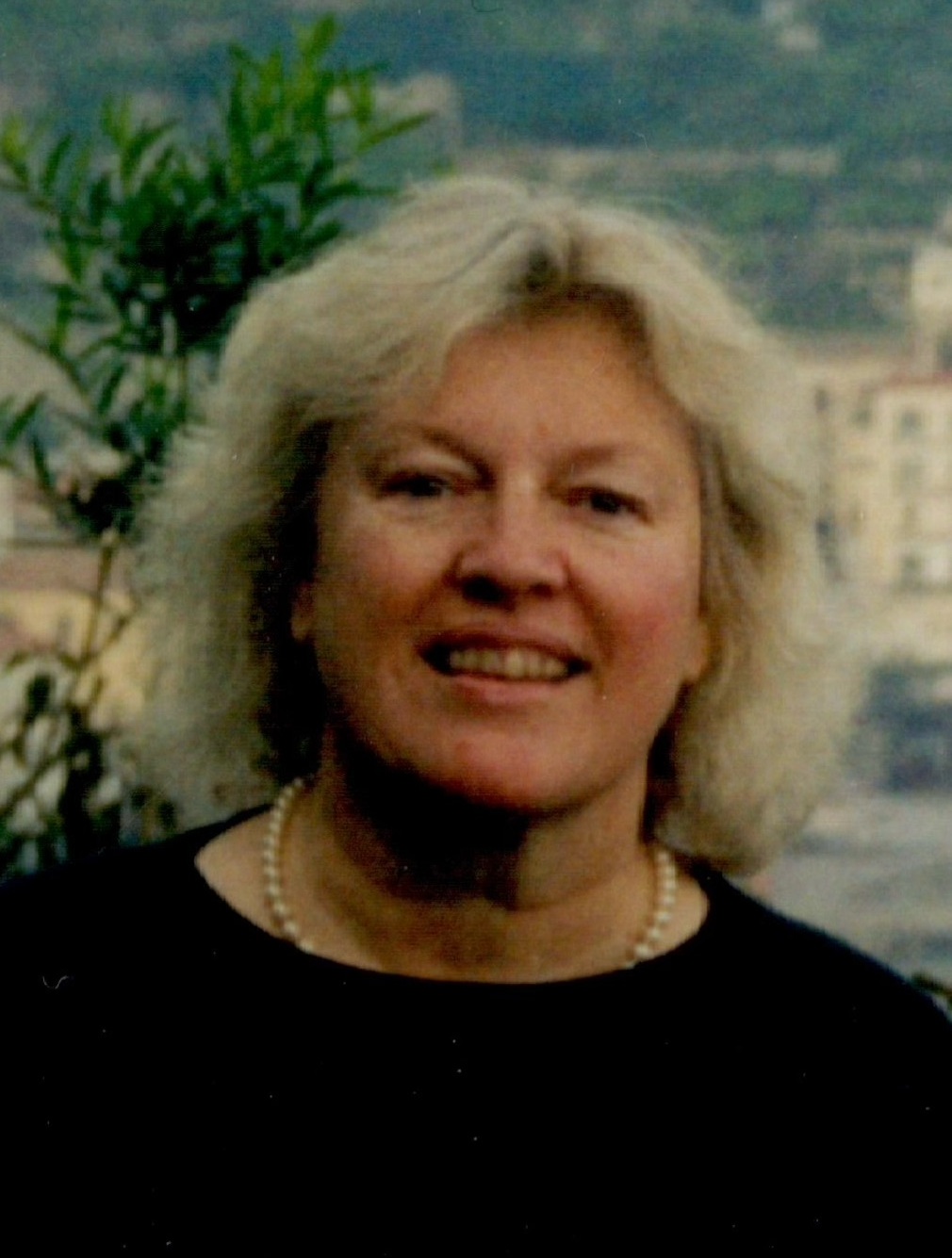 Margaret R. Rueb left this world peacefully on September 16, 2021, at her home in Oyster Bay, Long Island, NY  with her loving husband Jeffrey by her side.

She was born Margaret Regis Perry in Brooklyn, NY on December 19, 1946, to parents Charlotte and Charles.  Among the very first class of women admitted to Fordham University and having three sons at a very young age, she worked especially hard to eventually graduate with a bachelor’s degree in Romance Languages.

Shortly after college, her young family moved to Guadalajara, Mexico where they lived for four years.  It was during this time that her general appreciation for music, dance and art was so heavily influenced by the Spanish culture surrounding her.  While in Mexico, Margaret taught high-school biology at the Butler Institute and also cared for her young children.

Margaret met the love of her life, Jeffrey, while sailing on Long Island Sound and they were married in Bermuda on September 23, 2000.  She, with Jeffrey at her side, went on to pursue a life driven by both passion and intellectual curiosity.  Her many passions included boating, skiing, cooking and generally exploring the world.  Their extensive world travels together were often designed to fulfill her deep appreciation for artwork and artisanship and included notable locales such as Ireland, Paris, Florence, Tuscany, and Milan but also small nameless towns in the European countryside.

Her passion for boating included “frostbiting” in the winter months, many decades of active membership in the Port Washington Yacht Club and even led her to obtain her U.S. Coast Guard Captain’s License.  After raising her family in Manhasset, NY, Margaret and Jeffrey moved to the quiet hamlet of Oyster Bay Cove.  She also enjoyed spending time at their second home in Wilmington, VT where she would ski often on Mount Snow.  Later, they purchased property in Southampton, Bermuda which was enjoyed by her entire family.  Her cooking was always exceptional, and she passed this passion on to her son, Michael, who became a professional chef.

Her intellectual curiosity was best exemplified by her avid love of reading, her extensive personal library as well as her large and eclectic collection of artifacts and fine art.  Never shying away from a deeply intellectual discussion, Margaret often turned heads with her extensive knowledge of history and culture.

Adventurous to the very end, Margaret never passed on the opportunity to sabrage a bottle of fine champagne and then loudly sing an Irish folk song with her family by her side.

Margaret is survived by her loving husband Jeffrey A. Rueb, who was devoted and loving to the last, and her three sons and their families: Edward R. and Carol-Anne Condon  (Casey, Erin, Edward Jr.),  Michael D. and Tanya Tveit-Condon (Ethan, Parker, Katie) and David E. and April Condon (Patrick, Bridget).  She is also survived by her sister Mary Ann and Brian Shields (Jennifer, Mary Catherine, Brendan).