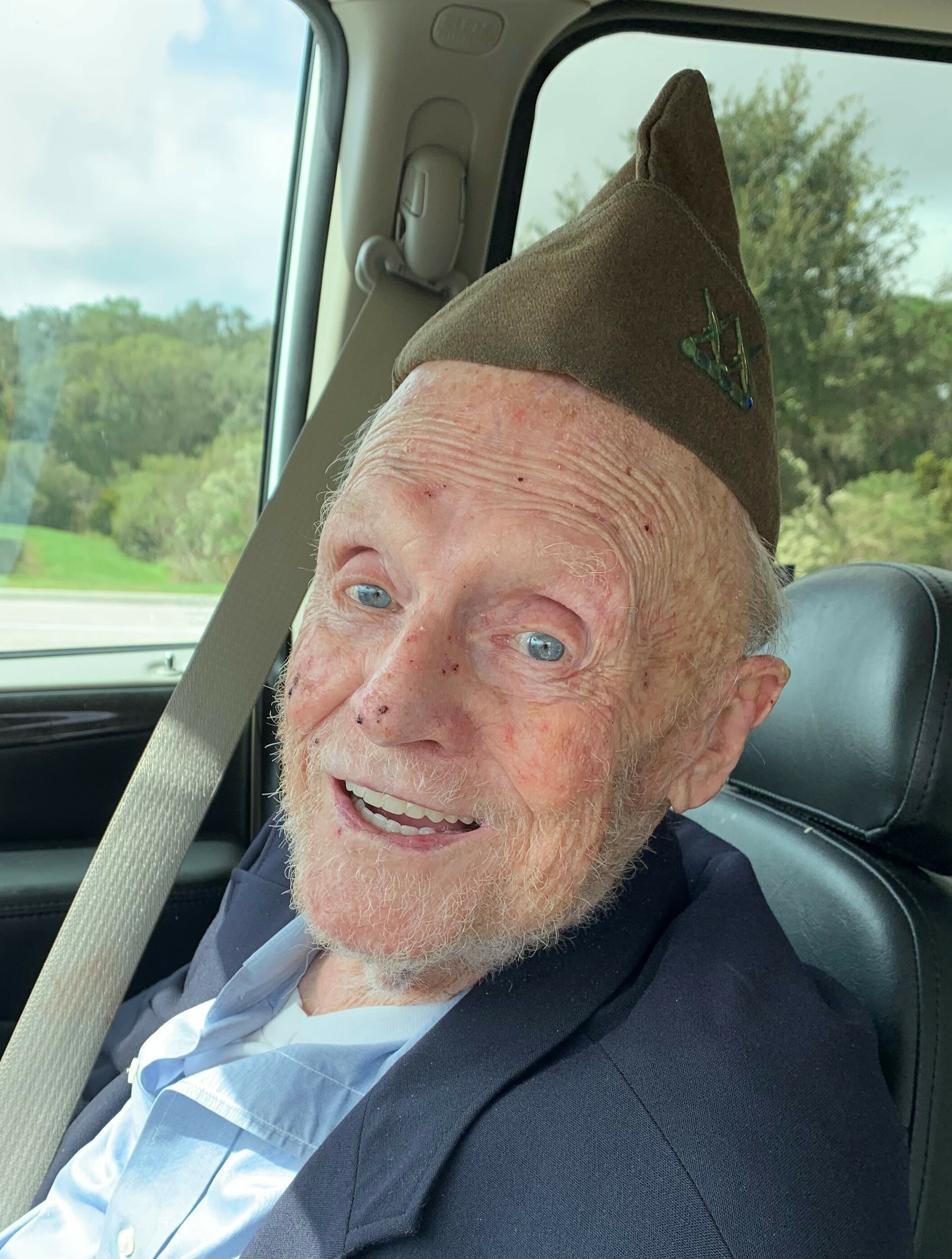 Please share a memory of Thomas to include in a keepsake book for family and friends.
View Tribute Book
Thomas (Ikemoto) Crombie, aged 92, of Naples, FL, formerly of Manhasset, NY, went to be with his Lord on Sunday, September 11, 2021.  Born on April 5, 1929 to Ella Crombie and George Ikemoto, Tom grew up in Hamilton, Ontario.  At the age of 15,he furtively enlisted in the US Army as a Canadian citizen, proudly serving in active duty in the Pacific until he was 17. During World War II, the US Military made it a priority to provide ice cream to the troops, and Tom quickly became a master ice cream maker, fulfilling his comrades’ poignant desire for home and comfort. Suffering wounds from a gasoline tanker explosion, he was awarded the Purple Heart. Tom greatly valued his service and was a proud veteran.  After the war, he had several successful business endeavors and traveled extensively throughout the world. He lived in Asia for a time, designing and installing complex corporate filing systems.  During his time overseas, he developed a life-long love of antiques and collectibles.  He also became a certified coin and stamp collectorand learned the art of auctioneering valuable antiques.
Tom faithfully served the Manhasset community through the local VFW Lodge, American Legion Post 304, the Old Goats Club, Feline Rescue, and the Masonic Lodge.  A dedicated member of his church, The Community Reformed Church at Manhasset, Tom served as an ordained deacon and held many positions on committees. He was previously married to Lucille until her death on October 9, 2009.  He is survived by his wife Patricia, stepdaughter Kim, and stepson Michael. His loved ones will fondly remember his friendly smile, waggish manner, enormous charm, childlike sense of humor, and gleeful chortles.  He will also be remembered for his unwavering commitment to our country—a true hero who gave his life to something bigger than himself.  A wake will first be held at the Fuller Funeral Home in Naples, FL on Friday, September 17, 3:00-6:00 pm.  In Manhasset, NY, a wake will be held at Fairchild and Sons Chapel on Thursday, September 23, 2:00-5:00 pm, 7:00-9:00 pm.  A funeral service will be held at 10:00 am on Friday, September 24 at The Community Reformed Church at Manhasset with a committal to follow at Pine Lawn Cemetery in Farmingdale, NY.  Donation’s in Tom’s memory may be made to The American Legion’s Operations Comfort Warriors program which provides assistance and comfort to military personnel and veterans recovering from wounds and illnesses.