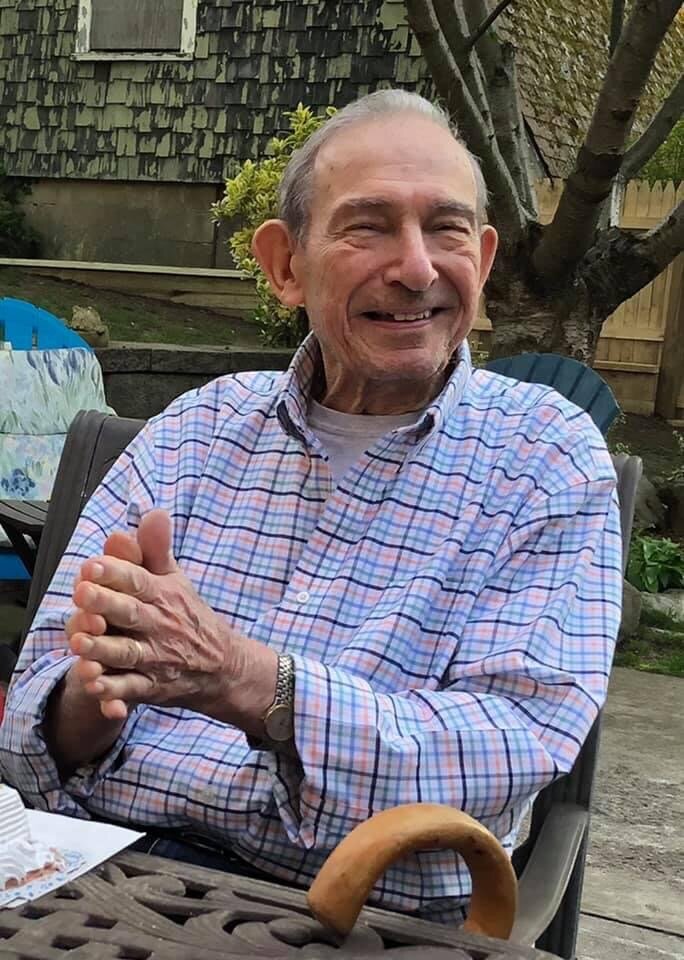 Please share a memory of George to include in a keepsake book for family and friends.
View Tribute Book

George was born on May 1, 1934 to Peter and Argyro Avazis, immigrants from Greece.  He grew up in the Washington Heights neighborhood of New York City and spent many cherished summers at the family’s vacation home in Bayville, NY.  His parents moved to Manhasset, NY in 1954.  George attended George Washington High School and then attended New York University, where he graduated in 1956 with a BS in Business.  George spent many years working in his family’s fur manufacturing business in Manhattan, that he would eventually run.  After retiring from the fur business, he took great pleasure in utilizing his business experience helping his sons at Arena Graphics in Port Washington.  He loved the United States of America and, as a proud American, spent six years serving in the U.S. Air Force Reserves at Mitchell Field on Long Island. He married the love of his life, Joanne, on September 24, 1961.  They moved to Port Washington in 1964, where they raised their family on Essex Court.

To those who knew him, knew George was an avid sports fan, especially of the Jets, Yankees and Knicks.  Their home on Essex Court was a popular gathering spot for his sons and many of their friends to watch games, especially on Sundays during football season.  He and Joanne had many friends over the years, whom they enjoyed bowling and playing cards with.  Las Vegas and Atlantic City were their “go to” places.  George was his grandchildren’s biggest fan; always asking for updates and always so happy to see them!

Share Your Memory of
George
Upload Your Memory View All Memories
Be the first to upload a memory!
Share A Memory