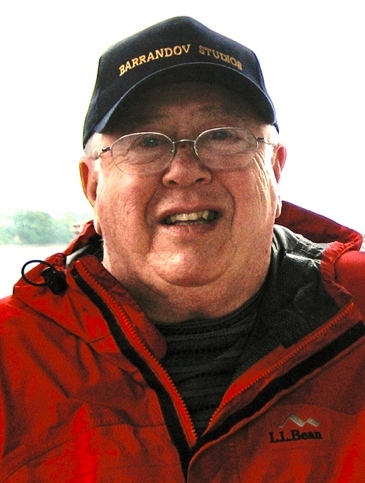 JAMES J. MORRISSEY, JR. (“Jim”) passed away on July 20, 2021 after a very brief illness. Jim was a husband, father, and grandfather, and a friend and attorney-advisor to many. He loved his family unreservedly. He never met a stranger. He gave of his time and energy without fail. He reveled in the successes of his family and friends and offered them his unwavering support. He was a man who had friends of all ages and in all stations of life. He was married to Sabrina Eason Morrissey for almost 33 years. They lived at different times in Manhasset and in New York City, recently having a vacation home in Scottsdale, Arizona. Jim has three sons, Joseph J. Morrissey, III (“Joe”), Matthew S. Morrissey (“Matt”).and Aaron D. Schuham. Jim embraced their spouses, Katherine, Michelle and Chris, as his own children. He was completely connected to all of his grandchildren, Jack (who he saw 14 times the first year he was born), Grace Morrissey, Samantha, Isaiah, Aidan, Grace Schuham-Anders, and Matthew Thomas.

Jim was born to Darlie Sullivan and James J. Morrissey, both children of Irish immigrants. Jim had one older sister, Mary Ellen Webber, who preceded him in death. He was also preceded in death by Mary Ellen’s children, Josie, Bo and Bob Webber. He dearly loved Mary Ellen and her husband, Ned, who were fixtures in Jim’s early life.

Jim was a man of vast experience. He was extremely bright as a child, so that he skipped a grade in elementary school and graduated from high school at age 16. He loved to tell the story of how he went to college “completely on my own” and flunked out a year later.

He was born and raised in Quincy, Illinois on the banks of the Mississippi River. He was proud of the city, noting that it was desegregated before the Civil Rights Act and was also a stop on the Underground Railroad. He was quick to point out that Quincy was also the site of the Lincoln-Douglas Debate on August 13, 1858. Jim thought of President Lincoln as our greatest President and admired him immensely.

He then enrolled in the United States Coast Guard (“an epiphany,” he said) and did his basic training in November of 1954 in Groton, Connecticut. He was an Electronics Technician and served 4 years aboard The Bramble, one of three Coast Guard Cutters, the other two being The Storis and The Spar, to make the first circumnavigation of North America in one season. The ships traveled through the Polar Ice cap to make maps for The USS Nautilus Submarine. Jim recently, and with pride, read that The USS Nautilus did use the cartographic information documented by Task Force Five (Navy Cartographers that joined the crew of The Bramble and its sister ships). Jim kept The Bramble’s electronics in working order for the whole journey, which was no easy feat, given exposure to water, ice and salt. As a result of his good work, he was asked by his Captain to make a second trip on The Bramble around North America, the following year. While at the Polar Ice Cap, the Bramble crew encountered polar bears, seals, native dogs, and Inuit visitors. Jim received the Good Conduct medal upon his discharge in October of 1958. He later received the Arctic Service Medal awarded to any member of the Coast Guard who performs twenty one days of consecutive duty afloat or ashore north of the Arctic Circle. After 4 years spent mostly at sea, it was difficult to ever get Jim on a ship again.

He went back to college at the University of Illinois at Champaign-Urbana on the GI Bill and excelled, later going to. Law School, also at the University of Illinois.  Before leaving Law School, he had a job offer, which was unheard of in those days. The firm was Donovan Leisure Newton & Irvine, a prestigious Wall Street law firm started by “Wild Bill Donovan,” a founder of the OSS, which became the CIA. He was told to study anti-trust and insurance law, which he did. Once he started work, however, he was asked to litigate estate matters and handle probate matters for high-net worth estates. At Donovan Leisure, he handled all of the contested estate matters for the American Cancer Society. He often regaled with stories of his days there, where he learned so much and made many lifelong friends. He maintained many of these friendships throughout his life. Eventually, Jim opened his own law firm, practicing as an attorney in New York, Illinois and Washington, D.C. up until his death. He was admitted to practice before the United States Supreme Court and enjoyed occasional court-watching ventures in Washington, D.C. He completed two Advanced Negotiation courses at Harvard University.

One of his greatest accomplishments was to work with the Haselton Family and to be a Board Member and the General Counsel of Detex Corporation, in New Braunfels, Texas. This work spanned over 50 years.

He embraced physical fitness, for years, running every day and finishing several marathons, including the Long Island marathon, which he said was the most difficult. He took a strenuous Outward Bound mountaineering course in the Colorado Rockies. In his later years, he took up weight training and was proud of his ability to lift and squat hundreds of pounds. He had a long-time trainer, Klaus Blaschke, who, like so many, became a close friend. Jim was always a voracious reader of newspapers and books, regularly sending articles of interest. Before Google, he would cut out paper articles and mail them across the globe. He enjoyed traveling, sports, history, and music. In just the past few years, he traveled to England, Rome, Cuba, Prague, Dublin, Edinburgh, Belgrade, Belfast, and Paris, several times. He said he particularly liked Dublin “because everybody looks like me.”

Even though Jim was born in Illinois, he considered himself a New Yorker. He reveled in the sights and sounds of Manhattan and enjoyed eating all kinds of foods, walking through different neighborhoods, going to museums, and soaking up the ever-changing landscape of the city.

He will be missed.