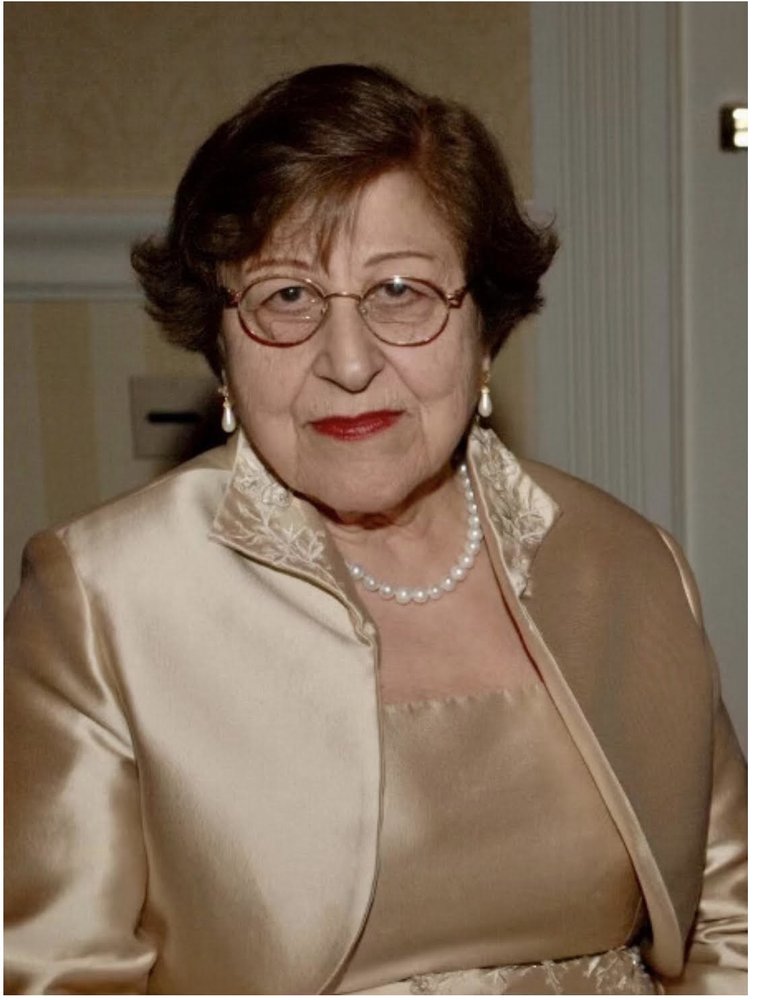 Farideh Siahpoosh, of Roslyn, New York, the beloved wife of Ismail Siahpoosh and sister of Firouz, Cyrus and Behzad Tamaddon passed away peacefully on July 17, 2021.

Farideh Siahpoosh was born in Ashkhabad, Turkmenistan on November 15, 1928 and moved to Iran in 1930 after her parents were forced to leave the former Soviet Republic due to arrival of the Communist regime which banned all non-Soviet born nationals and religious groups.

Farideh was a devout believer in the Baha’i faith which was the principal guiding, motivating and leading force throughout her life’s journey. From an early age, she dedicated her life to teaching and promoting the principals of the Baha’i faith. Her pursuit of the Faith culminated in her pioneering and settling in the US in early 1960’s, residing in New York.

Farideh obtained her masters degree in Library Science and worked for the New York public library system until her retirement. Farideh was a highly driven and active individual who always tried to excel at everything that touched her life. She was a loving and deeply caring individual who facilitated her family’s move to the US in 1970’s by being the guardian for her nephews and nieces who lived with her during their transition.

She is survived by her two brothers Cyrus and Behzad whom her love for them was unconditional.

The funeral services will be held at the Fairchild Sons Funeral Chapel on Thursday, July 22, at 10AM.

“Know thou of a truth that the soul, after its separation from the body, will continue to progress until it attaineth the presence of God, in a state and condition which neither the revolution of ages and centuries, nor the changes and chances of this world, can alter.

It will endure as long as the Kingdom of God, His sovereignty, His dominion and power will endure. It will manifest the signs of God and His attributes, and will reveal His loving kindness and bounty”

Share Your Memory of
Farideh
Upload Your Memory View All Memories
Be the first to upload a memory!
Share A Memory