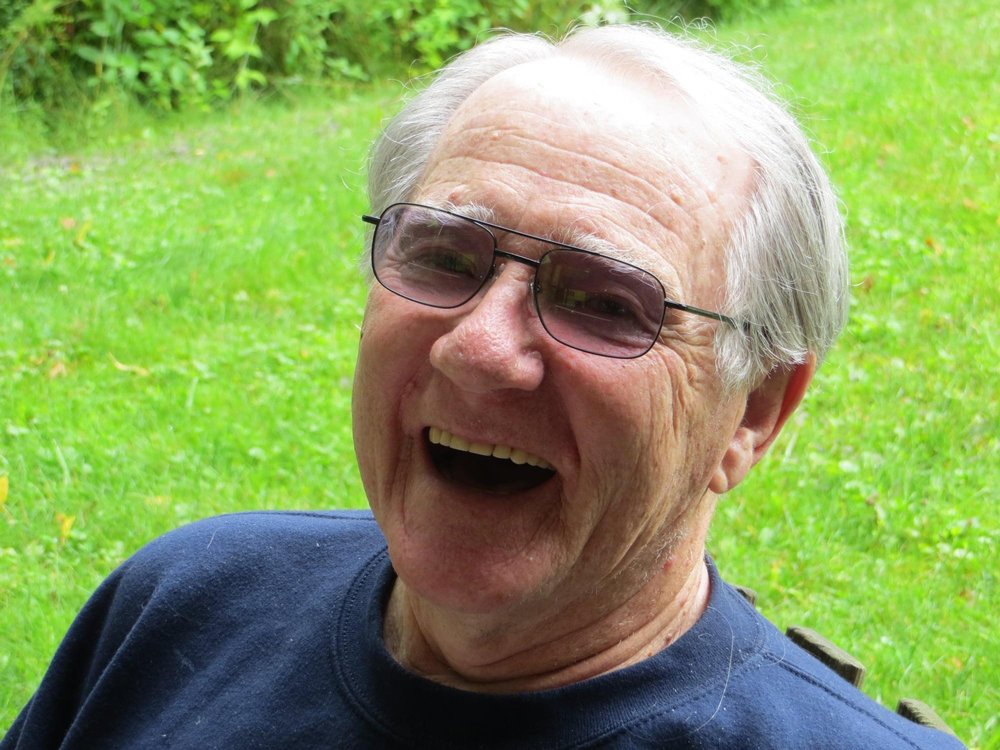 William Horton Errett, age 87, of Hilton Head Island, South Carolina passed away peacefully on March 17, 2021.  William was born September 6, 1933 in Mineola, New York to William and Emily (Horton) Errett.  As a boy his family called him  “Horton,” but as he transitioned into adulthood, and for the remainder of his days, he was known as Bill. He faithfully journaled over the course of his life, recording memories of a marvelous childhood in Mineola and the special bond he shared with his younger sister, Ann.

Bill’s rambunctious free-ranging boyhood included pickup stick-ball games, impromptu “military” parades, clubhouses, and illicit candy store visits, under the backdrop of war in Europe and the Pacific.  Highlights from his boyhood included family trips to Coney Island, the annual Nassau County agricultural fair, and visiting the World’s Fair (Flushing Meadows, 1940).  As a boy he listened to Yankees games on the radio and became a lifelong sports fan.  It was also about this time that Bill was introduced to studying the piano and singing, which he enjoyed for all of his life.

In high school, Bill developed interests in 4H and DeMolay, a fraternal organization for young men that focussed on community service and developing leadership skills , but also provided opportunities for socialization.  It was at a social dance that Bill met Barbara Ellen Walsh of Oyster Bay, NY.  He would forever tell the story of meeting “the most beautiful girl” who made him speechless.  They were married in 1958.

After high school, Bill studied at the Long Island Agricultural and Technical Institute, Michigan State University, and finally New York University, graduating with his MBA in 1965.  He and Barbara  moved to Manhasset in 1968 where he commuted into New York City and worked in the financial district for IBM, the American Stock Exchange, and Merrill Lynch.  He retired as a Vice President with Merrill Lynch in 1995.

During his time in Manhasset, Bill and Barbara raised three children (Sandra, Douglas, and Pamela), enjoying family trips to local beaches and the annual summer pilgrimages to church camp in Deering, New Hampshire.  At Deering as at home, Bill had a deep love of outdoor activity and enjoyed swimming, playing tennis, hiking, and relaxing with his family and friends.  The family were active members of the Congregational Church of Manhasset, where Bill sang in the choir for many years. Bill and Barbara fostered their children's talents in tennis, running, and the arts and were proud of their accomplishments.  He lived by example by being a competitive tennis player, an active jogger, and a regular attendee at high school sports events and performances.  Barbara and Bill traveled to China together before Barbara’s passing in  1996.

Bill retired to Hilton Head Island, South Carolina in 1998. He spent his time there singing in his church choir, volunteering, playing tennis, and managing his investments.  He met Susan Roman in 2002 during an international cruise on the Volga River in Russia, which led them to grow together as partners on Hilton Head. They traveled together and visited Bill’s children and grandchildren annually in Virginia and Ohio, in addition to hosting frequent beach trips with grandchildren on Hilton Head.  Bill soon acquired his beloved mountain cottage in Maggie Valley, nestled amidst the Great Smoky Mountains of western North Carolina.  He and Susan spent summers there, evading the sweltering heat of Hilton Head but returning in the autumn after the seasons had changed.

Bill was kind and gentle and funny.  He loved music, a good yarn, and a cold drink with his family at the end of the day.  Nothing brought him more joy than when he was with his children and grandchildren - laughing, telling stories, and enjoying our fellowship.  It was a life well lived.

Family will receive friends Friday 3/26/21 from 4 to 8 p.m. at Fairchild’s Sons Funeral Chapel in Manhasset, NY.  A service celebrating Bill’s life will occur at the Congregational Church of Manhasset on Saturday 3/27/21 at 10 a.m. with burial services at Nassau Knolls Cemetery in Port Washington, NY shortly thereafter.

In lieu of flowers, memorial contributions may be made to David’s Place in memory of his grandson David B. Mudry, who passed away in 2019.  Mail a check payable to Daybreak, with a note in the memo line that the donation is for David’s Place (or in memory of William Errett), to:

Memorial contributions can also be made online at DaybreakDayton.org using the donate button at the top of the website. Please add a note in the text field that the donation is for David’s Place or in memory of William Errett.

Share Your Memory of
William
Upload Your Memory View All Memories
Be the first to upload a memory!
Share A Memory
Plant a Tree