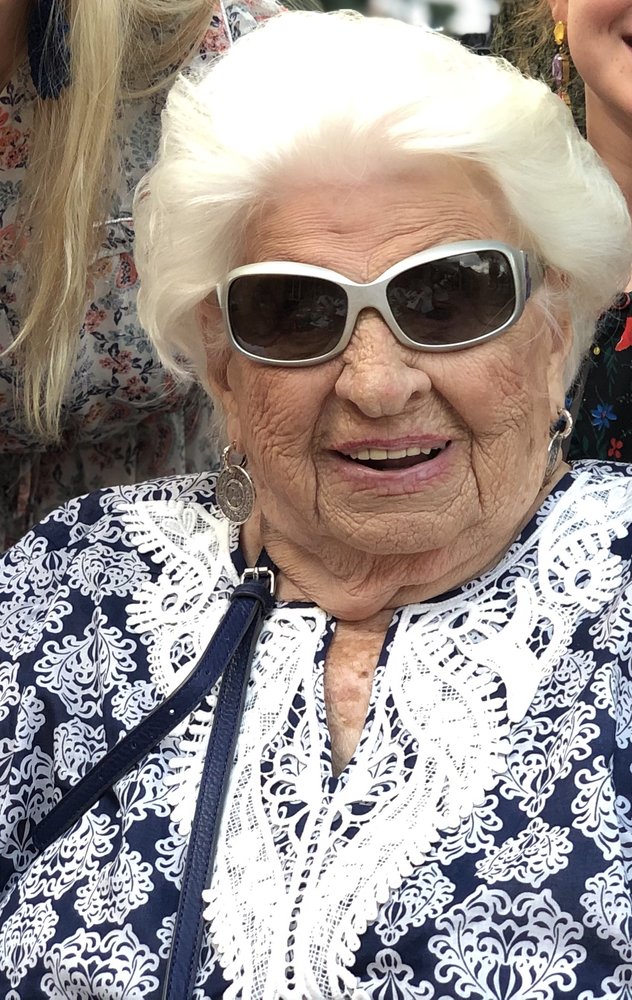 ﻿Helen Elizabeth Ferro, age 96, of Garden City, passed to her heavenly reward on December 17th. She was one of seven children of Mike and Nellie Moriarty who were Irish immigrants. The family lived in the Bronx where she eventually met Henry “Hank” Ferro who became the love of her life. They were married during his military leave in 1944 before he left to join the U.S. Army in Europe. When he returned from the war they moved to Kansas to finish his college education. Helen loved to dance and greatly enjoyed watching Irish dancing at the family gatherings. She was an avid bridge player and played several times a week. She became a good cook and her homemade meatballs and pasta sauce were the envy of the family. She and Hank were strong believers in educating their children and eventually moved to Manhasset to take advantage of the high quality schools. All three of their children earned college degrees. Helen enjoyed golf and she and Hank joined Nassau Country Club where they became active players. She had a very outgoing personality and enjoyed a broad spectrum of friends who shared her joy of life. She was known for her strong opinions which she enjoyed sharing. In her later years she was challenged by macular degeneration as her health declined. Helen is survived by her three children Dennis Ferro, Eileen Cornacchia and Maryellen Finnerty, nine grandchildren and sixteen great grandchildren and her brother Daniel and sister Betty. A memorial service celebrating her life will be planned for the Spring.
Monday
21
December

Share Your Memory of
Helen
Upload Your Memory View All Memories
Be the first to upload a memory!
Share A Memory
Plant a Tree