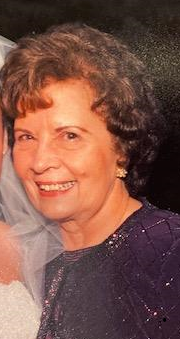 Anna Barbara Sedlar was born on March 16, 1934 in Walkers Mill, PA to Mary and Michael Sedlar. She was the younger of two children and is predeceased by her brother Francis (Frank). Anne grew up in Walkers Mill and went on to earn her nursing degree, graduating in 1955 from Allegheny General Hospital Nursing School and then continued to work for Allegheny General Hospital in downtown Pittsburgh in the maternity ward. In 1959 Anne decided to leave Pittsburgh and was hired by Trans World Airlines as a Flight Attendant. Anne was proud of her glamorous lifestyle and she made many life long friends all over the country. While based in New York for TWA, she met and fell in love with James P. Rice. In 1964 Anne decided to return to nursing and went to work for Pfizer Pharmaceuticals. In 1969 Anne and James married and lived in NYC. A year later they settled in Manhasset, where they raised their three children. Anne was the beloved wife of the late James P. (43 years). Loving mother of Michael (Kim), Margaret (Thomas) and Kerry. Cherished grandmother of (5) and many nieces, nephews, cousins and close friends. In lieu of flowers, donations may be made to the The INN in Hempstead. https://the-inn.org/
Tuesday
24
November

Share Your Memory of
Anne
Upload Your Memory View All Memories
Be the first to upload a memory!
Share A Memory
Plant a Tree