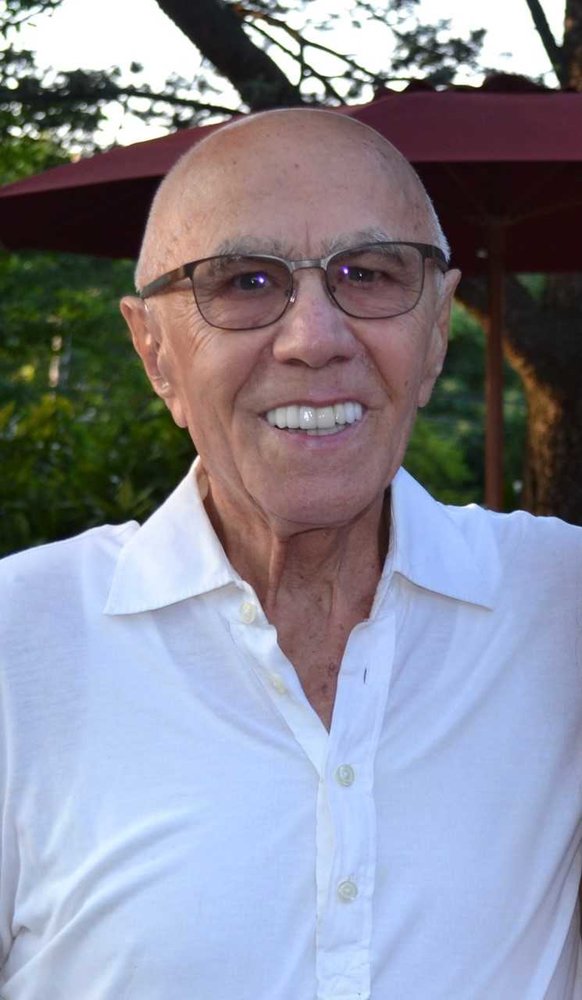 On Friday, October 2, 2020, Vincent Scotto, beloved husband, father, and grandfather, passed away peacefully at the age of 81. Vincent, known as Nonno Enzo, was born on October 23, 1938 in Monte di Procida, Italy. A true example of the American dream, Vincent traveled to the United States where he built what would go on to be Scotto Brothers of Long Island with his brothers Tony and Victor and brother-in-law Dominic. This business would become synonymous with excellence in catering. On August 18, 1963, he married Michelina Scotto, also a native of Monte di Procida. First in Brooklyn and then in Great Neck, NY, they raised their three children- sons Jerry and Gino and daughter Rose. Vincent had a passion for food, business, and sports. On any given day, he could be found cheering on his Inter Milan soccer team. He began a family dedication to the New York Rangers. Vincent loved fishing in Mexico, treating his grandchildren to their traditional Christmas Eve trip to IHOP, spending time with family, helping the underdog, and giving all those he encountered a chance to better their lives. Vincent is survived by his wife Michelina, his three children, Jerry (Linda), Rose Miscioscia (Louie), and Gino (Jana), grandchildren Ashley, Jacob, Vincent, Louie, Marissa, Miska, and Priscilla, sister Genesia, brothers Anthony and Victor, and his many nieces and nephews. A wake will be held at Fairchild Sons of Manhasset October 5, 2020 from 4PM to 8PM. The funeral mass will be the following day at St. Peter of Alcantara in Port Washington at 9:30AM with interment following at Nassau Knowles. In lieu of flowers, donations in Vincent’s memory may be made to St. Jude’s Children Hospital.

Share Your Memory of
Vincent
Upload Your Memory View All Memories
Be the first to upload a memory!