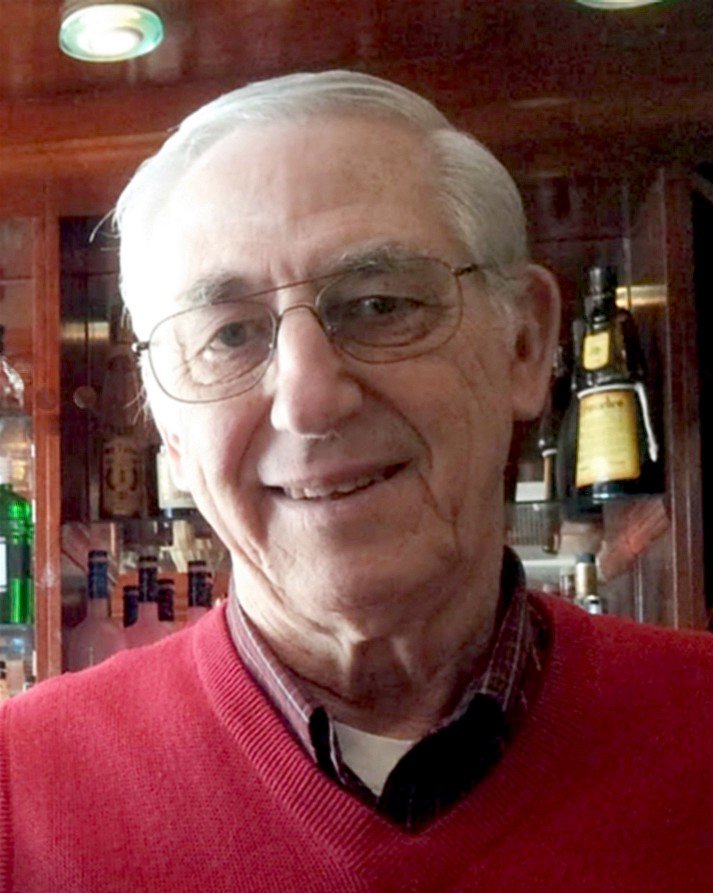 Karl Frohlich was born in New York City on May 18, 1938. A first-generation American, his parents, Carl and Hilde, both immigrated to the United States in 1920 from Ramzova in the current Czech Republic and from Bremerhaven Germany, respectively. A mischievous kid, Karl eventually found math during his adolescence and began to form more academic ambitions. He earned the first high school degree in his family at Charles Evans Hughes high school in New York City. Karl went on to pursue an electrical engineering degree at City College of New York, studying at night while working full time. His college graduation was deferred when he was drafted and served in the U.S. Army in his mid-twenties. Following his military service, Karl graduated from CCNY 11 years after he started. He went on to work proudly as an Electrical Engineer for Con Edison for just under 30 years before retiring. Karl met the love of his life, Caryl, at Cresthaven Ski Club in Whitestone NY. They were married in 1969 and celebrated 50 years together this past June. They were blessed with a son, Chris, in 1979, raising him in Flushing Queens and Manhasset NY, with many weekends and holidays spent in Jamaica Vermont. An avid competitor and endurance athlete, Karl excelled at many sports throughout his life. In his youth he enjoyed gymnastics and ice skating, but ultimately found the most success in cycling. He won a spot riding competitively for the U.S. Army cycling team and spent months touring the California coast while training. Later in his life Karl picked up tennis, golf, and sailing, but it was skiing that always held a special place in his heart. He skied some of the most challenging terrain in the U.S. and around the world. Karl & Caryl became members of the Trailblazers ski club at Stratton Mountain in Vermont, making many friends over the years. His friends and family have often remarked that Karl displayed a great deal of grace and an enthusiasm for speed, be it on skis, skates, a bike, or driving a car. Karl was taught an appreciation for opera and classical music by his mother and was an audiophile his entire life. He would build high-fidelity stereos from kits and was known to occasionally shake the light fixtures with booming bass and treble. Karl got his first piano when he was in his 50s and developed his musical talent playing classical and modern music, eventually writing an original song called "Sing Out" in the final year of his life. Karl was extremely handy. He was often known to pull off complicated repairs of appliances, relying on his engineering background to diagnose issues and track down and install parts. In his youth Karl enjoyed working on cars, and took immense pride in his 1968 "427" Corvette. A model train enthusiast, Karl designed and built detailed circuit boards for his elaborate layouts, and delighted in showing off how well his creations worked (especially for his granddaughter, Evelyn). Karl's competitive spirit made him a dedicated sports fan. A New Yorker at heart, he supported all of the local teams, but especially rooted for the Yankees. Karl was also very interested in international sports. He watched the Tour de France every year, and enjoyed each of the World Cup and Olympic competitions. A tennis fan, Karl closely followed the major grand slam tournaments, often visiting the U.S. Open qualifying rounds to catch rising talent. Later in life Karl also became a devoted fan of Manchester United in the English Premier Soccer League. Karl was a lover of animals and was always very compassionate with them. He took great care of his beloved dog of 14 years, "Reeni," and her love for Karl was apparent in the way she followed him around from morning to night. Many have said that if you wanted to really understand the tender spirit at the heart of Karl, you needed to see him with a dog. Karl Frohlich entered Eternal Life on Thursday, December 26, 2019. He is survived by his wife Caryl, son Chris, daughter-in-law Kirstin, granddaughter Evelyn, sister-in-law Mary, brother- and sister-in-law Bill and Bobbie, nephew Bill, niece Dianne, and many close friends. He lives in loving memory in all of our hearts.

Share Your Memory of
Karl
Upload Your Memory View All Memories
Be the first to upload a memory!