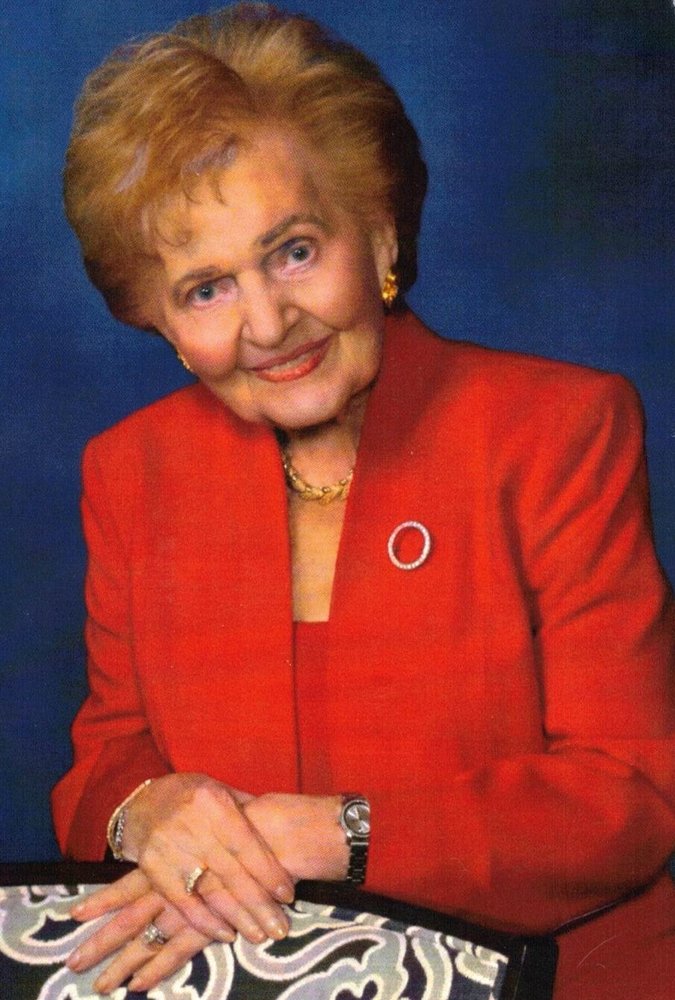 Betty Nexsen DeVries (Mrs. Walter) passed away peacefully at her home in Manhasset on Saturday, October 19, 2019.

She was born on Armistice Day, November 11, 1919, to Randolph Halliday and Maud Klink Nexsen.

Betty went to Little Miss Kirk’s School, Berkeley Elementary, and Packer Collegiate Institute in Brooklyn, NY. She studied voice and attended Juilliard School of Music a became an Opera Singer with numerous solos and roles in Opera at the New York City Center.

She married her first husband, Edwin Kleine, May 1944, who was in the Air Force during World War II. They were based in Rome, NY where Betty sang in the USO.

Betty focused much of her time in the National Society Daughters of the American Revolution where she served in many capacities on Chapter, State and National levels. She was a member and a Past Chapter Regent of the North Riding Chapter, NSDAR. On the state level she was NY State Regent, and Honorary State Regent. On the National level was a Vice President General and a National Officer as Reporter General.

In lieu of flowers, donations may be made to : The Congregational Church of Manhasset Memorial Fund, 1845 Northern Blvd.,Manhasset,NY 11030

Share Your Memory of
Betty
Upload Your Memory View All Memories
Be the first to upload a memory!