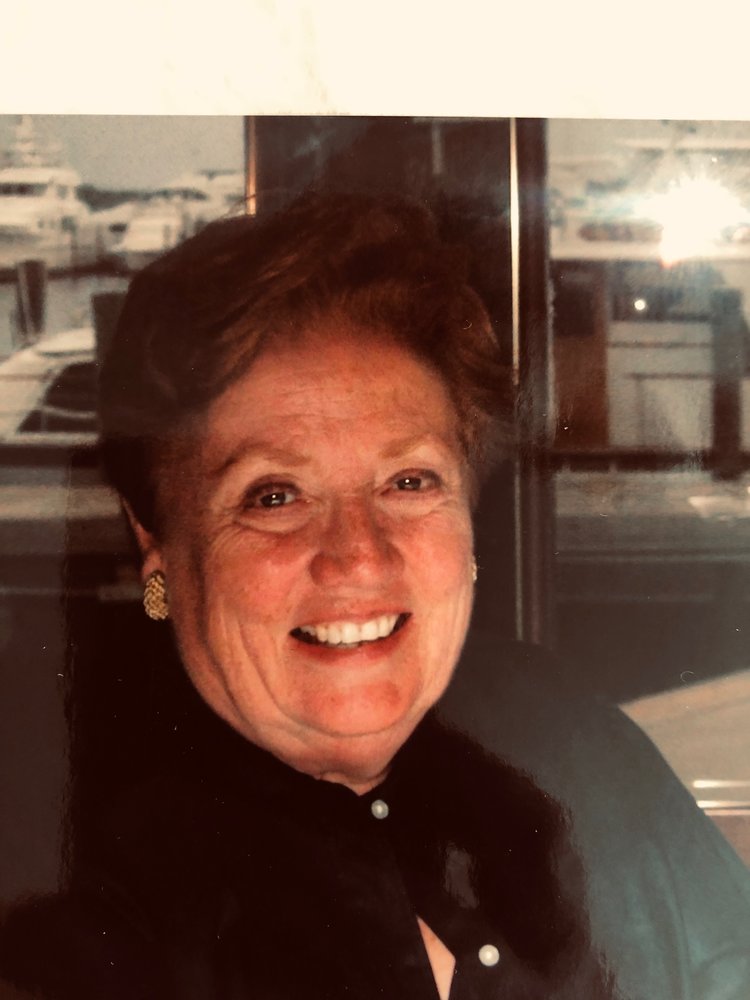 Ann Maureen (Vaughn) Murphy, 82, of North Palm Beach, FL, and Old Saybrook, CT, and formerly of Manhasset, NY, passed away peacefully at home on September 13, 2019, with her sons by her side.

The daughter of the late Thomas and Delia (Clancy) Vaughn, Ann was born in New York on February 13, 1937. She was a proud alumna of Sts. Peter and Paul School, Cathedral High School, and St. John’s University. Although she had considered entering religious life after high school, her plans were forever changed on Nov. 27, 1954, when she met the love of her life, John Murphy, at a Knights of Columbus dance, beginning a storybook romance that lasted long after his premature death.

After teaching for a short while early in her career, Ann “retired” to raise her sons, Tom and Paul, before returning to the work force as the Town Clerk in Muttontown, Long Island, and eventually to the New York State Judicial System, where she worked for the Presiding Judge of the Appellate Division, Second Department. In the final chapter of her career, Ann served as Assistant Dean for Alumni Relations at the St. John’s University School of Law from 1993 until her retirement in 1999, and where her husband had served as Dean from 1970 until his death in 1980.

A proud redhead, Ann will be best remembered for her remarkable intelligence; her fierce love of family; and her delight in her Irish heritage, including Irish music. She will be missed forever by her sons; her daughters-in-law, Michelle Murphy and Leslie Murphy; and her four beloved grandchildren and their spouses: Katherine Murphy Sullivan and Michael Sullivan; John Murphy; Thomas and Olivia Murphy; and Cecelia Ann Murphy. She cherished and will also be greatly missed by her six nieces and nephews – Thomas Vaughn, Maureen Vaughn Glass, Jean Vaughn Skaalerud, Eileen Vaughn DiMarzo, Ann Vaughn Huntington, and John Vaughn – and their spouses, children, and grandchildren, as well as many dear and longtime friends, including three very devoted and compassionate caregivers.

In addition to her husband, Ann was predeceased by their infant son, John; her brother and sister-in-law, John and Mary Vaughn; her niece, Patricia Vaughn; and her brother-in-law, Rev. Thomas F. Murphy.

A wake will be held at Fairchild Sons Funeral Chapel, 1570 Northern Boulevard, Manhasset, NY, on Friday, Sept. 20, 3-5pm and 7-9pm. The Mass of Christian Burial will be offered on Saturday, Sept. 21, at 10am at St. Mary’s Church, Manhasset, NY. Burial will follow in Nassau Knolls Cemetery, Port Washington, NY. In lieu of flowers, gifts may be made to the Dean John J. Murphy Scholarship Fund at the St. John’s University School of Law, 8000 Utopia Parkway, Jamaica, NY 11439.

Share Your Memory of
Ann
Upload Your Memory View All Memories
Be the first to upload a memory!