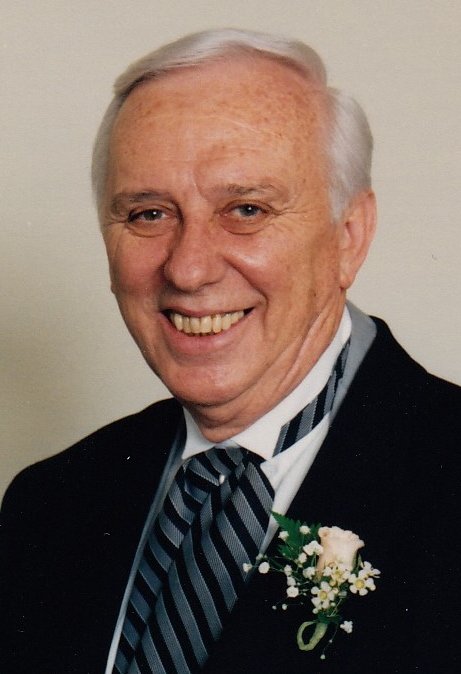 Obituary of Martin A. Walsh, Sr.

Those of you that knew our Dad knew him to be kind, loving, strong, and one who forgave quickly.

Martin was born in Astoria, Queens and raised by his mother, grandmother, and two sisters. He served in the United States Army in the Korean War as a Sergeant First Class.

His life would change forever on June 13, 1954 when he met Kathleen Crowley on a blind date. She came home that night and told her sister Joan that she was “going to marry the man with the most beautiful green eyes in the world”. They married in October of 1956, and were married for 56 years.

During a 65 year career in the elevator industry, he held management and field positions at Otis Elevator Co. and regional elevator companies in New York City. In 1981 he founded Walsh Associates, Ltd., which is now in its 38th year of business and has employed three generations of the Walsh family.

He was a father with super powers to Rosemary [Chris], Marty, Kathleen and Dan [Michelle]. As grandfather to Danny, John and Andrew Martin, Brendan and Patrick Walsh, and Larry and William Walsh, he did anything possible – often making road trips - to attend basketball, baseball, lacrosse and soccer games.

We will miss him beyond what words can describe. Our family takes solace in knowing that my Dad had a marriage for the ages, a family he loved with every ounce of his being, lived life to the fullest with love, a positive attitude and kindness, and is now reunited with our Mom. He gave us his all and we could not ask for anything more.

In lieu of flowers, donations may be made in Martin A. Walsh, Sr.’s name to the Saint Francis Hospital Foundation, 100 Port Washington, Boulevard, Roslyn, NY 11576-1348.

In addition , gifts can be made online at stfrancisheartcenter.chsli.org ,  Click on the "Ways to Give" header on top to make a donation online.  Please include Martin A. Walsh, Sr. in the tribute section of the online form.

Share Your Memory of
Martin
Upload Your Memory View All Memories
Be the first to upload a memory!