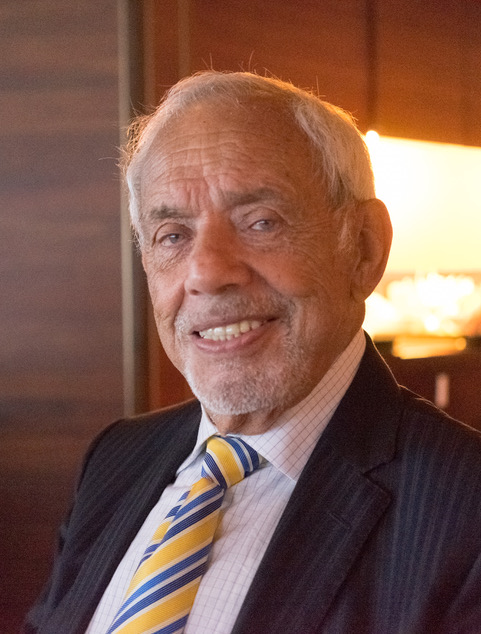 He left us peacefully in his sleep after spending Father’s Day with his family.

Joe was born in Hoboken, NJ on July 13th, 1924. He joined the US Merchant Marine Academy in 1942. In 1944, Joe became a Cadet Midshipman in the US Naval Reserves and served as a Deck Officer on a convoy to Cardiff. In 1945, Joe graduated from Kings Point as a Merchant Marine Engineering Officer and Ensign in the US Navy Reserves and served in the Pacific. He retired from active service in 1946 as a Second Assistant Engineering Officer and a Lieutenant Junior Grade. He served in the Naval Reserves into the 1950s as a Lieutenant.

Joe, still consumed with wanderlust after his time in the service, travelled to Alaska to prospect for gold and was a commercial fisherman with the Tlingit tribe.

Joe then returned to New Jersey where he embarked on a career in real estate in 1953. Joe was a visionary real estate developer with a keen eye for opportunity. He was one of the first developers to build up the New Jersey Meadowlands and created Gotham Industrial Park, a massive industrial park with two dozen commercial buildings in the Meadowlands and also owned hundreds of rental apartments and other industrial buildings.

After Joe retired from real estate, he divided his time between his family, numerous philanthropic endeavors and travelling around the world. Joe is survived by his wife Emily, his children Ron and Sherry, his daughter-in-law Joyce, his grandson Joseph, and his beloved dog, Dory.

Joe will be fondly remembered by friends and family as a loving father and husband, successful entrepreneur, generous philanthropist, and a proud patriot.

Donations in Joe’s honor can be made to Oceana (website: https://oceana.org), in remembrance of Joe’s love of the Merchant Marines and the world’s oceans. Funeral services will be held on Saturday, June 22, 12 p.m. at Fairchild Sons Funeral Chapel in Manhasset, NY. Interment to follow at Pinelawn Memorial Park in Farmingdale,NY

Share Your Memory of
Joseph
Upload Your Memory View All Memories
Be the first to upload a memory!