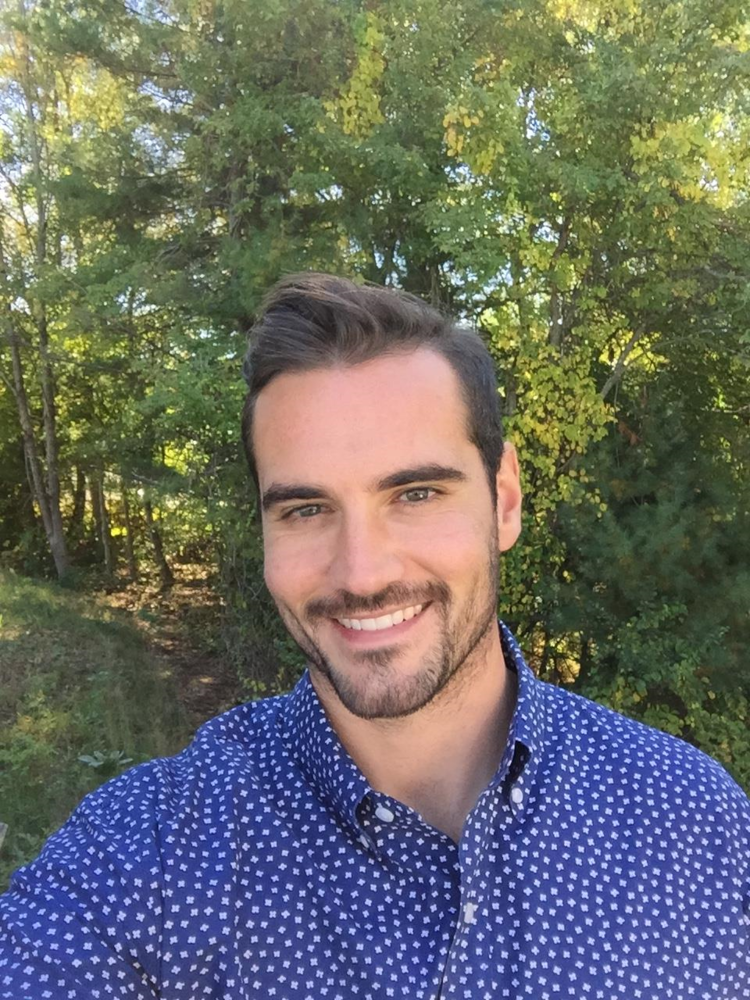 Donation Information(Please see below for obituary)

Ryan J. Powell was a wonderful person for many reasons.  A large part of what made Ryan so incredible was his huge heart and generosity.  During this difficult time, Ryan’s family and friends ask that you consider making a donation to his favorite charities in lieu of sending flowers.  These donations will make a meaningful impact in the lives of others and will spread joy throughout his community.

Animal Haven [LINK] is a nonprofit organization that finds homes for abandoned dogs and cats throughout the Tri-State area, and provides behavior intervention when needed to improve chances of adoption.  Ryan adopted/rescued his beloved blue-nose pitbull, Ollie, from Animal Haven in 2009.  At the end of Ollie’s life, Animal Haven sponsored his compassionate home euthanasia.  Ryan would be honored if our family and friends could help others to rescue deserving, lovable animals in need of forever homes.

Please list “Ryan Powell” as the HONOREE.  We would appreciate sending the ‘Optional Gift Notification’ to Diane Powell (1 Circle Lane, Roslyn Heights, NY 11577) so that we might recognize and thank you for honoring our son, brother, and friend.

The Greater Boston Food Bank [LINK] was founded with a bold and compassionate vision to end hunger and to create a hunger free Eastern Massachusetts within its 190 cities and towns.  Ryan lived and worked in Massachusetts for the past five years.  During that time he was fortunate to meet different people from many walks of life.  Ryan’s passion for helping others is exemplified in this worthy organization and the work they are doing to help those in need within his local community.

and follow the instructions to donate/send an e-card in honor of Ryan.  We would appreciate you sending the e-card to Diane Powell (mktgnurse@aol.com) so that we might recognize and thank you for honoring our son, brother, and friend.

Ryan Joseph Powell, 31, son of Diane and Thomas Powell, spent his childhood in Roslyn Heights with his parents and older sister, Kristen. He relocated to Massachusetts in 2014. He shared a life and home with his beloved Rachael Mann in Quincy, MA.

Ryan was noted for his quick wit, magnetism, and ability to make others feel comfortable and happy. One close friend said, “I felt special just standing next to him.” Tall and strong, he was known for his big heart, enthusiasm, creativity, and a charisma that drew people to him. A true music lover, Ryan attended dozens of live concerts, so his excitement was palpable when recently, Rachael managed to get them the closest tickets to the stage he had ever had for a Dave Matthews show.

With a passion for investigating and storytelling, Ryan joined his older sister, Kristen, as a reporter for Kidsday, the Long Island Newsday newspaper column for young people. His first column, published in July 2000, regaled the joys of riding a new type of scooter, along with his personalized product recommendations, long before the days of social media.

If it had wheels, Ryan had to have it… scooters, roller blades, skate boards, mountain bikes, and then cars. As a teenager, Ryan attended local specialty car shows with a close family friend, who taught him how to meticulously detail a car. Ryan’s passion for Subarus led to his ownership of a Subaru WRX. When he relocated to Boston, he was a top pick for a position as a sales Purchase Partner for the Planet Subaru dealership. His co-workers at Planet Subaru talk about the many good times they shared when he reached out to them to pile into their Subarus for a quick getaway to either the invigorating mountains of Mt. Snow, VT to snowboard, or to beautiful Wompatuck State Park in MA to ride mountain bikes.

In 2019, Ryan moved on to the headquarters of Wayfair, a Bostonbased company, where in only four months he quickly assimilated and bonded with another team of friends and colleagues. His Senior Manager in the Business to Business Department recalled “nothing but good things,” describing his strong sales ability, and his being “enthusiastic, very funny, friendly, polite, proud of his work, and a management candidate.” The team loved him “very dearly” and she recalled that when it was announced that WAY DAY, a special sales day at the company, was a chance for anyone to wear something purple, Ryan said he owned nothing purple. He showed up at work the next day dressed in purple head to toe, delighting all with his team spirit.

Ryan’s constant sidekick until 2018 was his rescue pitbull, Ollie, which he adopted in 2009 at Animal Haven in NYC, training him to become the gentlest dog anyone could remember. Missing Ollie, Ryan and Rachael welcomed a puppy they named Bodhi, meaning “spiritual enlightenment,” based on Ryan’s love of yoga practice.

Ryan’s most recent adventure with animals was his and Rachael’s adoption of six chickens, one of which is a white leghorn chicken. Ryan’s maternal grandmother had raised the same type of chicken, which was just discovered in a journal about her childhood in Nebraska.

Throughout his early life, Ryan’s sister Kristen was his constant companion. They were often mistaken for twins because of their strong resemblance. Kristen and her wonderful husband Michael’s preschool son and identical twin toddler boys all bear a family resemblance to Ryan. Kristen describes Ryan as, “kind, gentle, sensitive, creative, spiritual, hilarious, and so lovable.”

Ryan’s strong love of animals became evident in 2002 when he was 15 and spent a summer living and working with the Pusey family at Shearer Hill Farm in Halifax, VT. His first job was to bottle-feed and raise a newborn calf. He was endeared to Patti and Bill Pusey when he consistently showed compassion to their severely-disabled daughter, who was also 15. They marveled at Ryan’s sensitivity and ability to connect with “Good Morning, Brittany!” greetings every morning when he entered the kitchen, which earned him the position as their “sixth son.” Ryan passed away on Brittany’s birthday, making him her angel.

Ryan is survived by his parents, loving partner Rachael, his devoted sister Kristen, his friend and brother-in-law Michael Prince, his three cherished nephews Charles, Declan and Liam Prince, his uncles, aunts, and many cousins, friends, and colleagues.

Share Your Memory of
Ryan
Upload Your Memory View All Memories
Be the first to upload a memory!