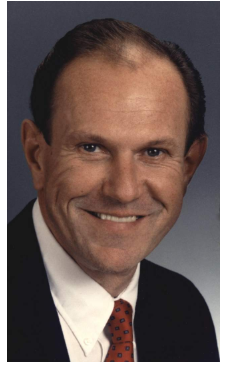 Get Directions
Saturday
25
May

John Joseph Brandvold of Manhasset, N.Y., passed away peacefully at his home on May 20, 2019. He was born to Joe and Verla Brandvold on March 25, 1941, joining siblings Marion, Allis and Glen. He attended Coeur d’Alene High School where he played football for the Vikings and played trumpet in the band. He later played in the U.S. Air Force Reserve Band.

He loved to play football and swim at Sanders and roam Tubbs Hill with his many friends. He served on the Mt. Spokane Ski Patrol and enjoyed ski trips to many slopes, especially Baldy in Sun Valley. He was caretaker of the Jewett House and skipper for the Potlatchowned cruiser, The Mary.

After attending North Idaho Junior College (now North Idaho College) and the University of Idaho, he worked in Los Angeles with American Seating Inc. While there, he met and married Marion Kassl, who was a stewardess. They moved to New York, where he worked with Marion’s father and brother in a window and manufacturing business. He later became CEO of Benra Window Corp., a position he held until his retirement.

John and Marion split their time between the family home in Manhasset, Florida, and Greenport, Long Island. He was an avid sailor, skier, and golfer.

He was active in the Port Washington Yacht Club, serving as commodore for some years.

He and Marion were blessed with three children: twins Charleen and Kirstin and son Erik, who passed on the blessing with six grandchildren.