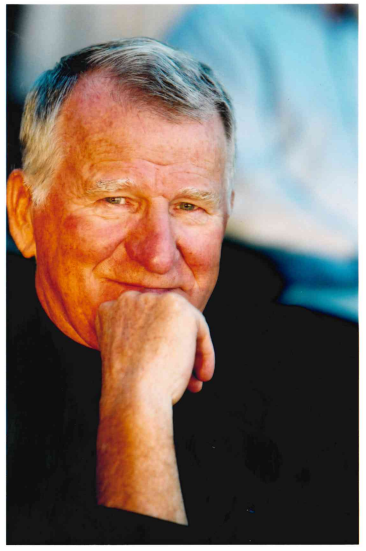 Anthony “Tony” Florez, Founder and Chairman of Sirina Fire Protection Corp, passed away peacefully on October 20 at the age of 83. Tony, a first generation American, was born on August 30, 1935 to John and Dorothy Florez. His father emigrated from Cuba in the early 1900s. Tony said from an early age that he would be successful and help others, and he certainly lived this dream. Tony served in the Navy and was stationed in Italy and the North Atlantic while learning the trade which would stay with him during his lifetime. During his service, he was awarded the Navy Occupation Service Medal and the National Defense Service Medal. After he was honorably discharged, he became a pipe fitter and began a trajectory which would lead to his successful business as well as his love of being on the water. Along with Rina, his wife and partner of 43 years, they started Sirina, a commercial fire protection system company. When trying to decide on a name for the business, as well as their many pleasure boats, Tony liked to say he chose his favorite saying ”Yes (Si) Rina”, hence, Sirina the company. The company grew from a handful of associates to over 260 and became the industry leader in fire protection systems. During his career, Tony served as President of both the New York Mechanical Contractors Association and the New York Sprinkler Contractors Association and served on numerous committees and boards on the national level for both associations. Tony had a vision for where and how the fire and life safety industry could progress to provide higher standards of protection. As a result of this vision, many of New York’s most prominent landmark buildings have been safeguarded and preserved by the company he built. As he grew his business,Tony loved to travel, cruise aboard SIRINA, and enjoy his island home. Along the way, he made many lifelong friends as he helped and mentored the next generation of family, professional associates, neighbors and friends. Tony was always generous and humble, expecting no recognition or accolades in return. He was a major force behind a fundraiser for Long Island Jewish Medical Center by organizing, sponsoring and hosting a golf outing for two years for the benefit of the hospital. He was touched by the medical staff there and wanted to provide the funding for a significant equipment purchase to benefit many others in the years to come. He was also a member of Long Island Hispanic Chamber of Commerce and was instrumental in creating scholarship funds for disadvantaged Hispanic children. In 2009, Tony proudly donated his fully restored classic Bertram 31 to the United States Merchant Marine Academy in Kings Point, NY. Commander Chris Gasiorek stated that the near perfectly restored SIRINA will be used for many years training students for key positions on military and commercial vessels all over the world. Tony is survived by Rina, his wife and partner of 43 years; his daughters Christine Florez and Laura Florez and his granddaughters Jaclyn Graber and Allison Graber. His siblings Dorothy Costa, Michael Florez and his partner Richard Gremer, Eleanor Grafenecker and her husband Robert, Margaret Florez, Joseph Florez and his wife Themis and Juanita Florez; as well as many nieces and nephews. He is predeceased by his parents John and Dorothy Florez, his sister Marie Spencer and his brothers John Florez, Raymond Florez and Frank Florez. Relatives and friends may call on Wednesday, October 24 and Thursday October 25 from 3-5pm and 7-9pm at Fairchild Sons Funeral Home, 1570 Northern Blvd, Manhasset. The Funeral Mass will be on Friday, October 26 at 10am at the Roman Catholic Church of St Mary, 1300 Northern Blvd, Manhasset. Burial will be in Holy Sepulchre Cemetery in Coram. You are invited to share your thoughts, condolences and fond memories with the Florez family by visiting Tony’s guest book at www.fairchildsons.com. In lieu of flowers, please make donations to St Jude Children's Research Hospital or the American Cancer Society.

Share Your Memory of
Anthony
Upload Your Memory View All Memories
Be the first to upload a memory!