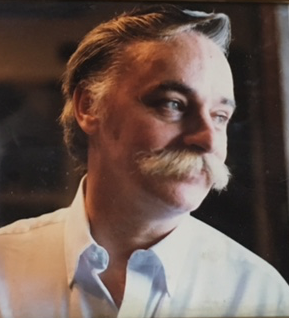 Charles “Charlie” Pasqualina, devout Roman Catholic and treasured husband, father, grandfather, and brother, passed away peacefully in Roslyn, New York on July 23, 2016, following a fearless and inspiring battle with colon cancer. He was the founder and director of the Roslyn School of Painting, where he taught drawing and oil painting to countless students of all ages, provided a venue for working artists, and practiced his own craft as a portrait painter. Charlie was born in 1932 in Flushing, NY, where he attended St. Andrew Avellino elementary school before attending St. John’s Preparatory High School in Brooklyn. From ages 11 to 21, he received intensive formal training from the master Italian portrait painter Giuseppe Trotta, whose indelible influence shaped Charlie’s personal and artistic development. While attending the School of Visual Arts, Charlie worked as an apprentice at Fredman-Chaite Studios and then at Charles E. Cooper Studios, during which time he gained exposure to some of the top illustrators of the mid to late-1950s, including Bob Peak and Coby Whitmore. At age 20, Charlie enlisted in the Air Force in anticipation of the military draft for the Korean War. He was first stationed at Sampson Air Force Base in Buffalo, NY, where he painted a portrait of an Air Force colonel to showcase his talents as an artist to the military. As a result of the portrait, he was transferred to Governors Island to work in a communications unit where he helped construct specially crafted scale models of military bases. Charlie completed his tour of duty at age 24 but continued working for the government in the U.S. Naval Training Devices Center in Sands Point, Long Island, where he first met his dear friend and colleague, Dick Tyson, a master watercolorist. Charlie then continued work as an illustrator in Detroit, Michigan before returning to Long Island. He opened the Roslyn School of Painting in Roslyn Village in 1960, first in a basement studio and then in a larger space across from the Roslyn Clock Tower. Charlie relocated the school to its current location on Old Northern Boulevard in 1973. Beginning in 1975 with the birth of their first daughter, Raphaela, Charlie and his wife, Lydia, built both a business and a family in the new studio space. Charlie expanded the space to include a residence, in which he himself completed much of the interior design and construction. He and Lydia would welcome their second daughter, Michele, in 1977 before completing their family with the birth of their son, Stephen, in 1985. Over fifty-six years, Charlie shared his incomparable talent as an artist and teacher with an impossibly wide array of students, many of whom would go on to become internationally recognized easel painters, graphic designers, web designers, and illustrators. Earlier this summer, John Durkin, Mayor of Roslyn Village, declared June 21 “Charles G. Pasqualina Day” in recognition of his unparalleled service to the community. Charlie was a true renaissance man. His skills were wide-ranging, including model airplane construction, computer programming, and woodwork. Most importantly, he was a profoundly passionate Catholic, always eager to share his faith through words and actions. His talent as a painter and teacher was matched only by his ability to discuss deep theological questions. Charlie was a father to far more than his three children: countless mentees—and just as many cats—benefitted from his warmth, grace, and wisdom. His passions included attending air shows, watching Clint Eastwood movies, talking religion and politics, and eating oysters on the half shell. Family, friends, students, and colleagues enjoyed his love for long, corny jokes; his infectious enthusiasm for conversation and laughter; his limitless kindness and generosity; his deeply resolute faith; and his inimitable handlebar moustache. He is survived by his wife, Lydia; his children, Raphaela, Michele, and Stephen; his brothers, Robert and Russel; his son-in-law, Anthony; his grandchildren, Christopher, Anabella, and Luca; and his loyal cat, Crispin. Reposing will be held from 6 to 9 pm on Sunday, July 31 and Monday, August 1 at Fairchild Sons Funeral Chapel, Manhasset. Celebration of the Liturgy of the Christian Burial will be held at 11 am on Tuesday, August 2 at St. Mary’s Roman Catholic Church, Roslyn Harbor. Interment will take place at Roslyn Cemetery, Northern Blvd. A small private reception will be held at the Roslyn School of Painting immediately afterwards. Donations in lieu of flowers: Sisters of Life Annunciation 38 Montebello Rd. Suffern, NY 10901 http://www.sistersoflife.org/donations Community of Franciscan Friars of the Renewal Community Almoner 421 E. 155th Street Bronx, NY 10455 http://franciscanfriars.com/donate/ Cancer Institute at St Francis Hospital,C/O Office of Development 100 Port Washington Blvd., Roslyn ,NY 11576 , please specify (Cancer Institute) http://www.stfrancisheartcenter.com/index.html

Share Your Memory of
Charles
Upload Your Memory View All Memories
Be the first to upload a memory!