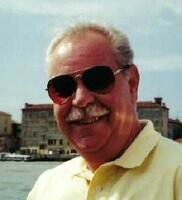 In loving memory of our father, Michael (Mike) William Burns, who passed away on December 12, 2022, after a brief illness. Born August 24, 1944, he was predeceased by both his parents, Gilbert and Clarice “Carrie” (nee Matarazzo) Burns. Caring father of Lee Ann (Gordon Eyler) and Tim and grandfather of Abigail, Daniel, Emerson and Halen. Nothing brought him greater joy than to hear what his grandchildren were doing and spending time with them. He will be missed by all who knew him.

Mike graduated from Paul D. Schreiber High School in Port Washington where he lived for more than 70 years. After high school graduation he attended St. Michael’s College in Santa Fe, New Mexico. After returning to Port Washington, he spent many years working for the Town of North Hempstead retiring as a building inspector.

Mike was a passionate golfer and could often be found on a local golf course. In his later years he enjoyed being a member of Long Island Scottish Clan MacDuff 81 Ltd., enjoying his time with new friends as well as volunteering at the annual Scottish Games held each August. He enjoyed a good movie on the TCM channel, and followed sports avidly, though he had no favorite teams.

Services will be held on Saturday January 28, 2023 at 11 am. At Fairchild & Sons Funeral Home 1570 Northern Boulevard, Manhasset, NY. In lieu of flowers donations can be made to: LISF & HGC Attn: Mike Brisson, 23 Wakefield Avenue, Port Washington, NY 11050.