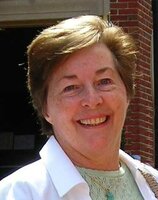 Born July 26, 1942 and the oldest child of the late John and Mary Allen of Manhasset, Moira attended St. Mary’s School and graduated with a degree in Education from The College of Mount Saint Vincent. Moira met her husband Emilio Candela of Port Washington in high school, married in 1964, and devoted her life to husband and family; raising three children, adoring and spoiling four grandchildren and touching the lives of countless cousins, nephews and nieces across Candela, Allen and Leadbetter generations.

Moira’s life interests were connected to her devotion to family; a master of holiday meals (“I never said I was a good cook”), versatile baker of treats for all occasions, a skillful seamstress, an active gardener, frequent class mother and sports mom, anything to support and care for husband, family and friends.