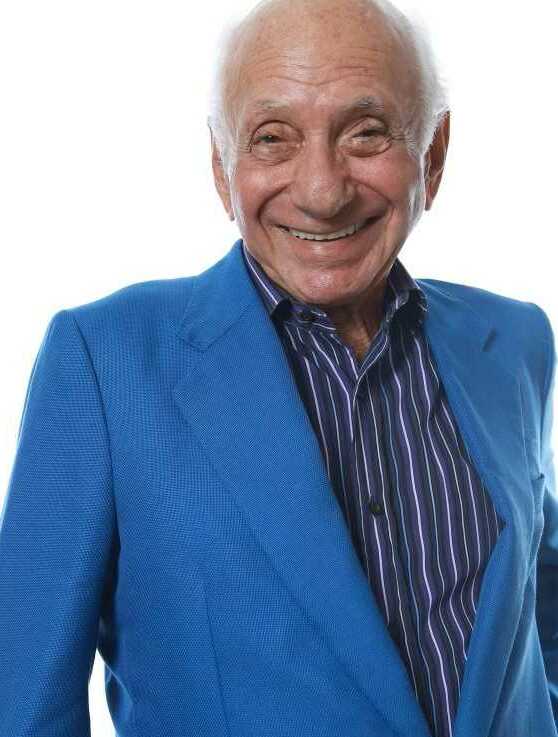 Gerald (Gerry) F. Tucci, 95, of Port Washington, NY passed away on October 2nd after a short illness. Gerry died peacefully with his family by his side.

He was born to parents Frank and Maria (née Fattizzi) Tucci, in 1926, in Manhattan, NY, joining his older sisters, Frances and Mary. Long Island City, where Gerry grew up, was itself coming of age during his childhood. Gerry enjoyed what he called “the happy polyglot community” of his youth, appreciating that all of his young friends were first-generation Americans from various heritages. Together they started realizing their role in the American dream and testing their burgeoning entrepreneurism. Even before he was 10, he followed the circus when it came to town and started a fertilizer service to the local Italian families for their all important gardens. He later saw an opportunity to sell refreshments to the fans on their way in and out of boxing matches at the original MSG. In between schooling, he learned the truest lessons of business by (successfully) selling brushes and later insurance door to door on the streets of Queens.

Gerry was often a front-row witness to history. Alongside his father, in 1936 he attended the opening of the Triborough Bridge, walking from Queens to the Bronx and back. He spent his summer at the 1939 New York World’s Fair, which preceded the second World War by just six months. When the war broke out, many of Gerry’s older friends signed up and when the war ended, Gerry celebrated V-Day on August 14, 1945.

Gerry graduated from Brooklyn Tech in 1944 and joined the Navy in preparation to serve his country. He entered Dartmouth University, transferring to Brown University in the fall of 1944. At Brown, he played many sports, including handball and boxing, while studying and adhering to Navy discipline. When the war ended in 1945, Gerry chose to stay in and went to sea in June of 1946. After leaving the Navy, Gerry continued his education, graduating with a second bachelor’s degree from Brown in 1948 in mechanical engineering. At the age of 22, and after being accepted by both Harvard and Stanford, with two bachelor’s degrees and a year in the Navy, Gerry attended Harvard Business School, graduating with distinction in 1950 with a Master of Business Administration.

Gerry’s formal career included working for the American Can Company, the Artcraft Hosiery Company, and Leach and Garner where he developed his art in creating new alloys and new forms in precious metals. He transitioned to an entrepreneur when he started Micro Contacts in 1963 then proceeded to work every day straight for 5 years to launch his first company. Heeding the advice of his Harvard professor Georges Doriot, he diversified his growing business interests, purchasing Mold-A-Matic, then starting the Hallmark Company as well as Micro Pneumatic Logic. Over the course of his auspicious career Gerry amassed scores of innovative patents for his designs. Together, the Micro group of companies surpassed $100MM in annual revenues while providing critical components to the most demanding of applications for the most demanding industries such as automotive, medical devices, and aerospace.

In June 1968, Gerry married Eva Gyllander, after a whirlwind romance where he proposed by phone and sent her engagement ring by air express to Sweden. This fortunate union would soon be blessed by son Francis in 1969, son Michael in 1971, and daughter Amy in 1974.

The family enjoyed many fine years in Villa Sul Mare, their home on the edge of Manhasset Bay on Long Island Sound. It was a perfect property for entertaining and for hosting the scores of friends and family members who often visited.

When Eva passed from cancer at the young age of 53, it made for a very difficult time for Gerry and their family. Gerry simplified his business holdings during this painful time. Son Michael joined Micro Contacts and all companies morphed into Microtechnologies.

Gerry was well known for his love of friends and family. He remained in touch with many of his university, neighborhood, and club friends over his long lifetime. All were blessed to have known Gerry, and his loss will be felt far and wide.

The memorial service will be held on October 6th at 11:00 AM at the Lutheran Church of Our Savior in Port Washington, immediately after the mass a luncheon will be held to celebrate Gerry’s life at North Hempstead Country Club. The family asks that people make donations in support of The America Cancer Society, www.cancer.org or 1-800-227-2345, in lieu of sending flowers.