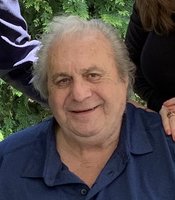 Tommaso was born on June 11, 1934, in Italy, in the Province of Frosinone. He grew up in Torrice, a town 50 miles southeast of Rome, with his parents Giovanni and Santina, and his brother and sister Cristino and Angela.

Tommaso came to the United States as a young man to live the American Dream, and that he did. He met his loving wife Janet, and they celebrated 57 years of marriage this year. Tommaso and Janet had three children: Tom, Gina and John, who they raised in Douglaston, Queens, where Janet still lives.

Tommaso was a successful businessman, who owned a concrete/construction company, and then became a real estate investor. Tommaso lived life to its fullest: whether it was his dedication to work and family, doing magic, cooking (and eating), gardening, raising animals or building his dream homes, he did everything with passion and complete generosity.

Tommaso is survived by his wife Janet; his children Tom, Gina and John; his 5 grandchildren, Stella, Athena, TJ, Ryan and Leela; and his sister Angela Marini.

We will miss Tommaso, but his spirit will live with us forever.